Mr M booked Milady and I again recently for a foursome session with TS Victoria Keller.

We started our session meeting up at a local bar for a drink and a little exhibitionist action. Mr M loves a good cuckolding fantasy. His ultimate scenario involves his wife in sexy stockings showing off her long legs in public and being approached by men who then flirt with her, kiss her and touch her whilst he watches helplessly.

His wife then chooses a man, or men, women, TS or some combination thereof, to take home and makes her husband come too so he can be forced to watch her in action. When people see what's happening to him eg bar staff and patrons, taxi drivers etc he's even more turned on. This evening he arrived with TS Victoria. Role playing his wife. Milady and I had arrived first and I'd already ordered drinks for everyone.

We make a conspicuous entrance all very good looking, tall, and striking in appearance each in our own way and drew plenty of looks. Those looking at us were curious who we were and what we were up to even before we started with public displays of affection and partner swapping.

As our uninhibited flirting tested the limits of what we could get away with in a public bar, we were openly stared at and gossiped about. Much to my own delight as an exhibitionist and Mr M was in heaven as his dream played out in reality.

He'd mentioned before the idea of going shoe shopping as a means to show off Milady's legs in stockings, to flirt with one another in public and to try to get the shoe store staff to blush and giggle with a few well timed flirtatious questions and comments. Today was to be the day to make it happen. We chose the Louboutin store in Selfridges.

All went perfectly according to plan. The store staff were all women and gay men but they were far from immune to the charms of Milady and Victoria and they put on a show making the store their own personal catwalk for strutting their stuff in the sexiest, highest heels imaginable. Several luxury purchases later, we returned to my flat for the main event.

We decided the whole world needed to see what transpired so we logged into Cam4. 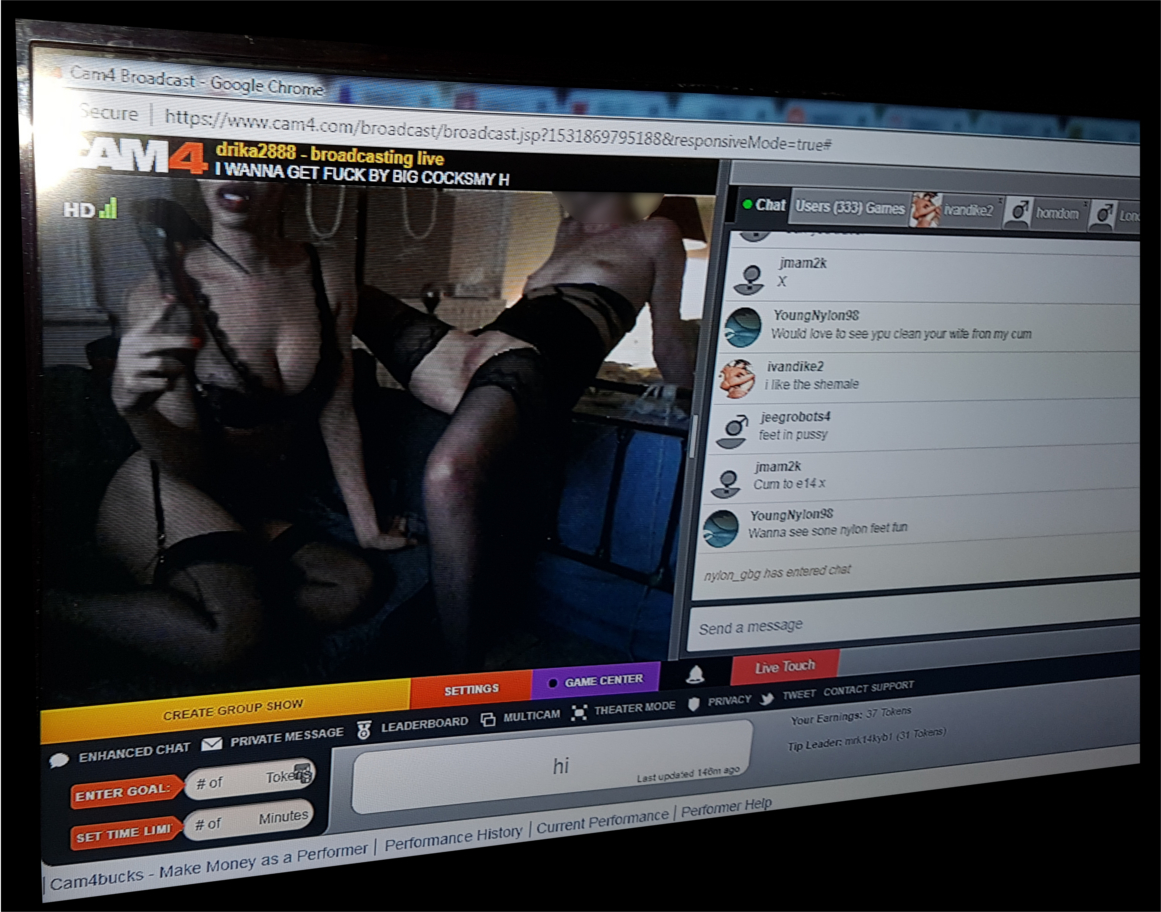 Our video stream attracted hundreds of viewers. All commenting, making requests, paying tips and offering to come and join us.

We all had a lot of fun and look forward to our next session of debauchery. Harrods shoe department is likely to get a visit from us soon 🙂

What ever happened to Victoria?

I'm not sure. Wish I knew. I've tried a few times to get in contact with her, without success. I hope she's well and it would be great if she'd reappear.