A Gentleman's Excuse Me

A phrase possibly never used in this context before = "A Gentleman's Excuse Me."

Traditionally one proposes to take a lady for a turn on the floor with the words "May I have this dance." This morning the phrase was "So I heard you like taking big cocks up your ass." The answer was a resounding "Yes." Soon followed by "YES YES YES FUCK ME YES!"

When hubby was ready to cut in he made the aforementioned Gentleman's Excuse Me. "Excuse me good sir, may I cut in?" And in he went.

A pearl necklace about the décolletage seemed appropriate under the circumstances. One must accessorise for the ballroom.

Another lovely couple I see regularly sent me a message asking me to post their review of our most recent session on my site. Thank you W and Y 🙂 Always a pleasure xx Here's their review =

We travelled to the UK from South Africa for a weekend of fun and met with Oz again as we always do every time we visit London. He has never disappointed us and again we had so much fun. His respect, manners for a lady and knowledge of just how to turn on a women is just unreal. My wife so enjoyed his touch and everything he did to her, and not to mention how well endowed he is, which she so enjoys. We were all too turned on. Thanks again Oz and see you again soon xx W&Y

Another of my regular couples I saw last week taught me a lesson in squirting. I have had limited success getting women to squirt using what I thought was the approved technique of a come hither motion with the fingers against the G spot. You learn something new every day. I certainly do in my line of business. And sometimes the lessons are unbelievably good fun. Back to school and I learned to use not just the fingers and wrist but the muscles of the entire arm cantilevered at the elbow can be engaged and used to give additional lift, force and friction to the magic G spot where two fingers are working their magic. Also rather than index finger and middle finger, I was instructed middle and ring finger so that index and little finger can be extended down and to either side for support and added stimulation to the outer labia.

I promised to go practice on Milady and deliver my homework in due course. Like a good boy I took to my studies in earnest and delivered as promised on teachers desk (email inbox) the next day. 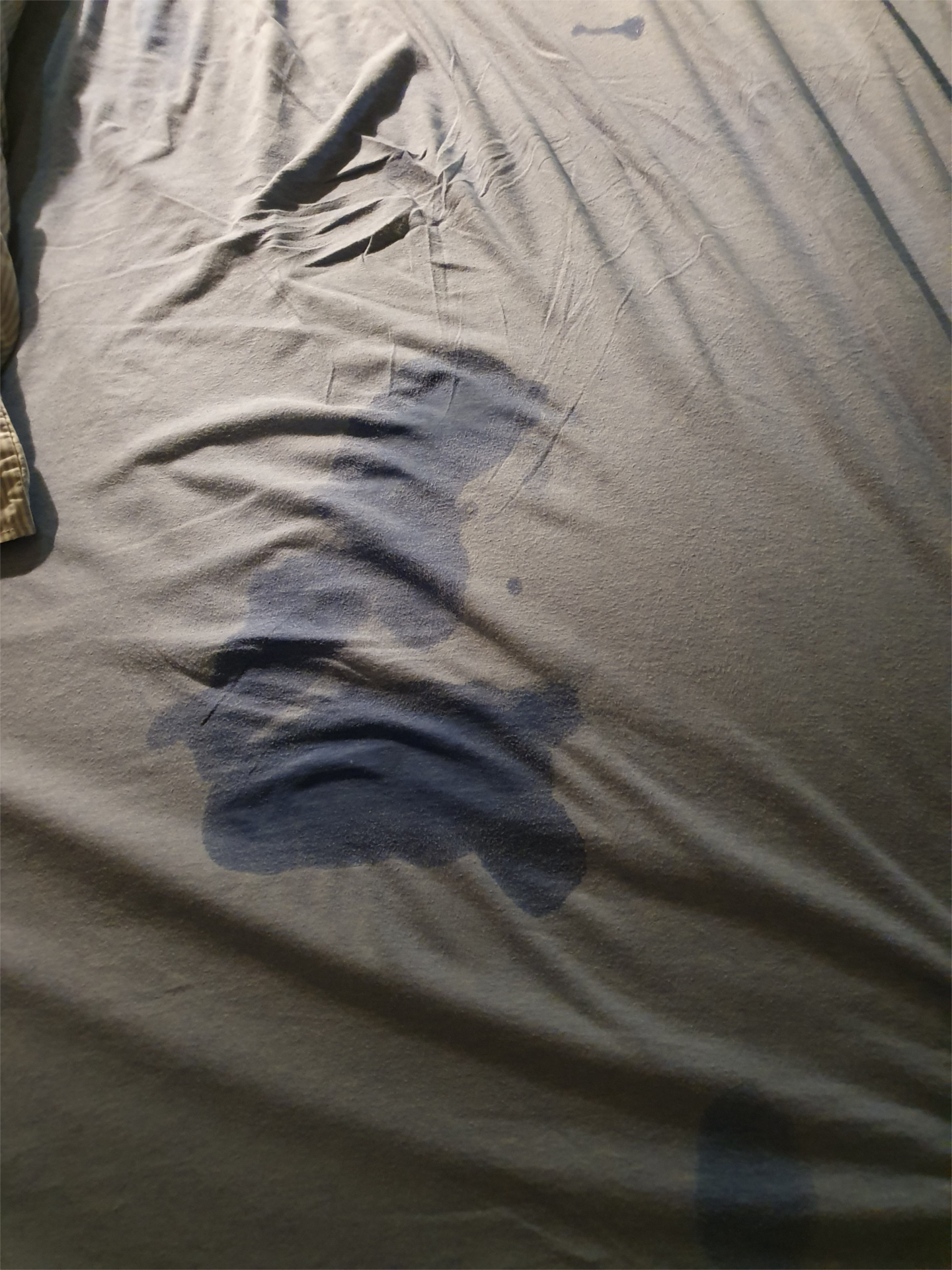 What would Mr Rorschach say? To me it looks like a lady with big boobies mounting a recumbent Koala.

Yet another couple spoke of me in glowing terms after our time together. They both had a lot of time and became much enamoured of myself and my Big Downunder. Lady and gentleman both were very much hypnotised by my dick. Dicknotysed if you will. You heard it here first folks. Urban dictionary only has  dickmatised . I think the term I just coined, dicknotysed, is far superior. So when  my word inevitably ends up in the Oxford English Dictionary, a search on its origins will lead back here and I will be very modest and humble in accepting all due awards and accolades.

The lady half of the aforementioned couple said I look like I was hewn from stone and polished by angels. So poetic! That was weeks ago now and I'm still blushing.

Thanks to Bearbite Bondage at London Alternative Market for my new ropes. 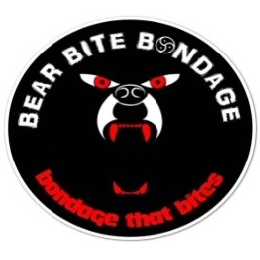 Lovely jute rope for shibari. I thought the ends were frayed and would come unravelled when I first saw them but Mr Bearbite kindly explained that they're spliced in such a way as to make the ends easy to find without having big knots that would get caught when the rope is passing through when tying.

I think these are called thistle knots? Evidently there's considerable debate online as to the optimum method of splicing the ends of bondage ropes. eg 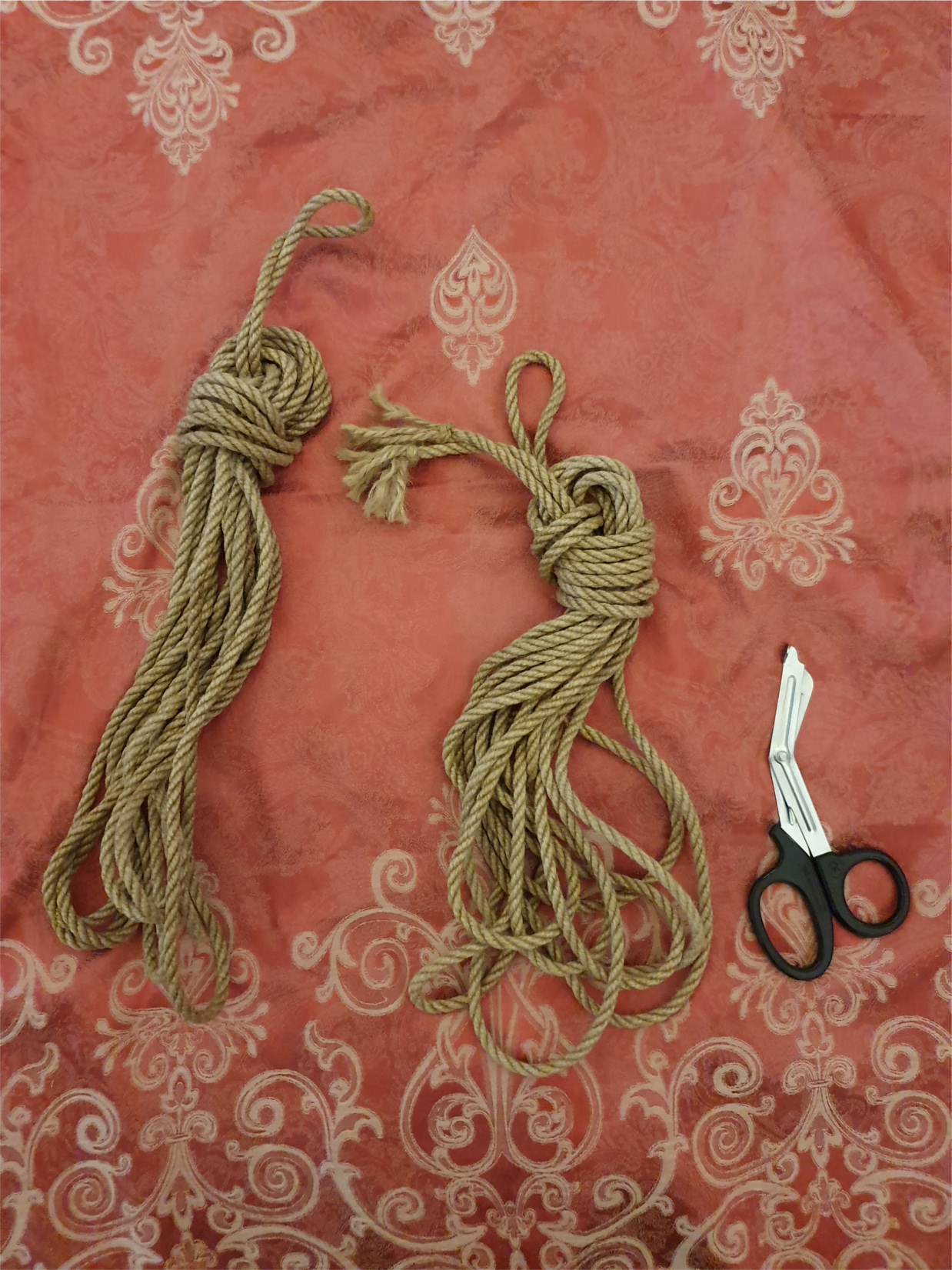 Also pictured= safety shears in case I ever have to get someone out of the ropes in a hurry.

Mistress Jessica called me last Wednesday to see if I was free for a duo ASAP. I was on my way home in an uber from seeing W & Y from the review above. I quickly changed my destination in the uber app and was at the door within 10 minutes. Jessica and I have been friends for about 6 years now and I've made no secret of my lust for her and her perfect, gigantic tits. We've tried many times to invite each other to duo bookings but to date the timing has never been right. when opportunity knocks, as they say. In this case the knockers are spectacular.

The man of the hour asked that I fuck Jessica hard from behind so he could position himself at the other end of her sofa and watch her majestic mammaries bouncing as I pounded her. Excellent choice sir! A man of refined tastes. He then requested that I fuck her tits and shoot my load all over those terrific ta tas. It's a tough job but someone has too do it. Those titties won't fuck themselves. A very wet dream come true for me. and Jessica confessed images along these lines had also been in her own personal wank bank for the entire duration of our friendship.

Well, appreciate your caring nature about womenfolk brother. Hope you will keep it up. Also, I had one question rather out of curiosity how can one become an amazing professional like you?

Cheers! You want to be a male escort? Are you bi? good looking? Charming, funny? Can you be exquisitely gentle when called for and also unleash raw unrestrained stallion like power when needed? Have a body like an athlete and hung like a donkey? Do you love sex in general and specifically love making other people's fantasies a reality? That's a good start but you'll also need to be able to get a rock hard erection almost instantly and keep it that way for at least the best part of an hour under circumstances that might be a huge turn… Read more »