Cast and crew assembled on the day. I managed to elude the paparazzi and made my way to the set where my leading lady, Makiyo, and our camerawoman and fluffer extraordinaire, Mimi, awaited. Hair and make up must have began many hours before judging from the immaculate appearance of my porcelain featured co-star. I must remember to take before and after facial closeups next time. You'll see as the end credits roll that hair and make-up have received a few finishing touches. Wardrobe was the easy part. A little black G-string and hold up stockings.

The supporting cast soon arrived and he and I took our turn in wardrobe. A black latex devils mask with little demon horns each. 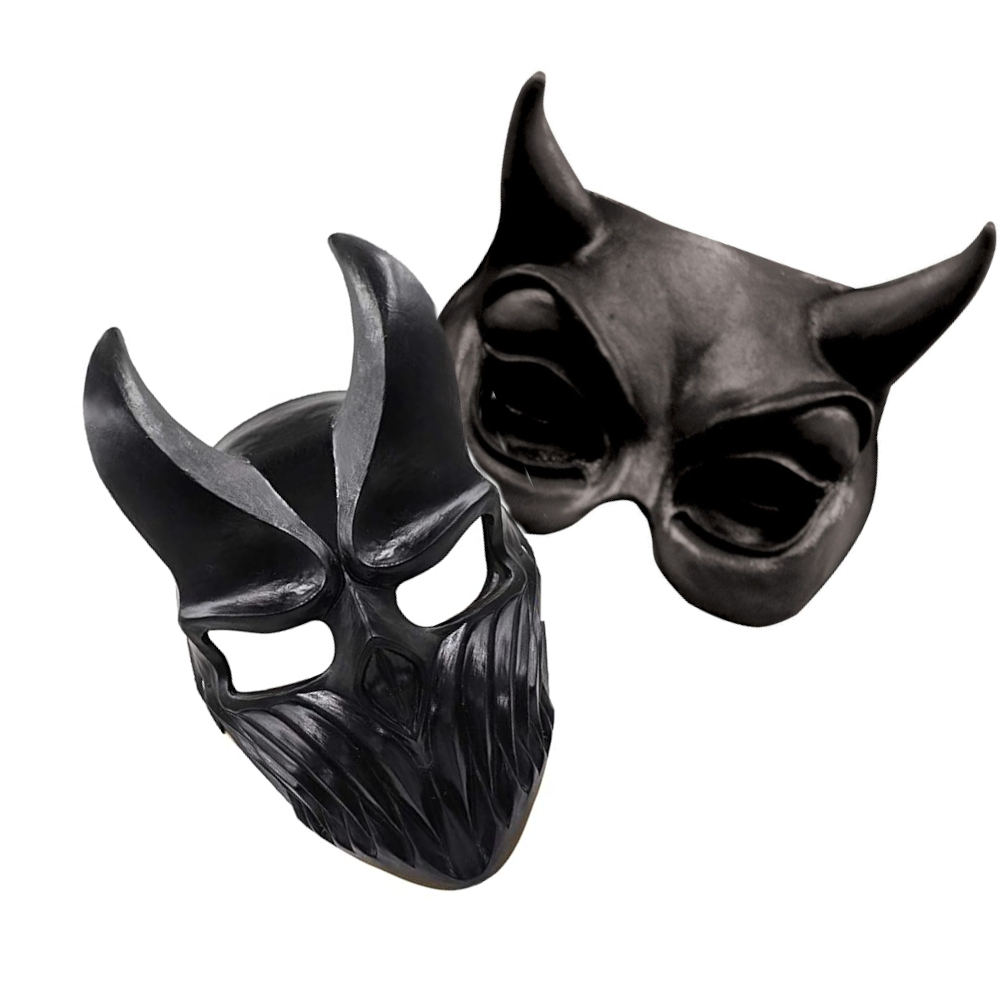 Most of my content to date has been filmed with one or two fixed cameras on tripods. Moving the tripods requires a break in the action so we've always had to take care to position ourselves relative to the camera or cameras. Specifically wherever penetration is happening should be in the middle of the frame and close enough that viewers will be able to see what's going on, far enough away to have full bodies head to toe in frame most of the time but not so far away as to have a lot of unnecessary background.

With Mimi there as a mobile camera operator, it was so much easier to get good camera angles. Close-ups, panning, zoom, tilt and lots of POV. I'm continuing to develop my video editing skills and learn new tricks every time I open Powerdirector.

In London I have a ring light I purchased a few months ago which is great for getting body parts directly lit that would otherwise be shielded from direct light. We didn't have anything like that for these clips and Mimi's camera isn't full HD but the quality still looks good.

Makiyo was a star. She's tiny and petite and looks delicate as a flower but she rides like a rodeo cowboy and really broke in two bucking broncos. It's a pleasure to film with her. She's sweet and fun and a real professional who always knows exactly how to move and position herself to get the best shots. You'll love the video clips. Take a look and contact me directly to let me know if you want any custom content. Feel free to let me know in the comments if you have any requests or ideas for future video clips.