Balla Balla Bootcamp for a Mummy's Boy. A Duo with Miss Myers. I received a cordial invitation last week to collaborate with Miss Myers on a role play duo with one of her dearest regulars. Her attention to detail, clarity of communication and professionalism in arranging the details of the session were impeccable.

Miss Myers and I had worked together before, years ago. I was in awe of her sophistication, beauty, razor sharp wit and twisted imagination then. An awe inspired anew as we were reunited for another dynamic duo.

For the purposes of this roleplay scenario Miss Myers would be Mummy and I would be Sergeant Oz.

Little David has been a very naughty boy.

He got expelled from school for breaking into the lockers in the girls changing rooms to sniff their dirty panties.

Miss Myers had even had a Balla Balla Bootcamp T-shirt printed off for me especially and gave me a whistle on a string to hang around my neck. In Blundstone Boots with a cap on backwards, I looked every bit the Gunnery Sergeant.

When I arrived, there was a nervous looking gentleman of a certain age hovering by the door. Our client I presumed. I said hello and rang the doorbell and Miss Myers greeted us both. I waited downstairs whilst our client scuttled off upstairs, eager to transform into his alter ego in preparation for the roleplay he and Miss Myers had planned and prepared.

When it was time for me to come and play my part, I ascended to Miss Myers dungeon where David had been locked in the naughty cupboard for his insolence.

His Mummy and I discussed the best course of action whilst naughty David peeked out from the crack in the cupboard door, eavesdropping on our conversation and no doubt scheming how best to avert the impending punishments and continue in his wicked ways. Ghastly boy.

I assured Miss Myers that the strictest regimen of physical fitness training would be imposed on David. Starting each day at dawn with a long run followed by cold showers where the other boys would surely find little David's shrivelled willy hilarious.

No sooner had I said "shriveled willy" than we became aware of heavy breathing and rummaging noises from the cupboard.

"Oz, I'm at my wits end with this boy. He's supposed to be reflecting on his appalling behaviour and instead he's in there WANKING."

DAVID! GET OUT HERE AT ONCE! "

Cue a trembling and snivelling David, emerging in grovelling fashion from the naughty cupboard. "Sorry mummy. I wasn't fiddling with my willy. I promise. Don't smack me please. I'll be good." He whimpered.

We weren't fooled for an instant. The tiny, acorn-sized, bulge in his pants betrayed him. Miss Myers was furious. She'd dressed him in his best sport kit ready for some physical education and he'd already dribbled precum in it. Incorrigible.

Naturally, we strapped him to the spanking bench and took turns paddling him. Our not so tender ministrations by hand and with a slipper and a strap reddened David's buttocks.

Miss Myers made him confess the reason why he was being punished. "for taking mummy's panties, sniffing them and wearing them."

His cherub cheeks were soon as rosy as his bottom.

We agreed that the best course of action was a strict regimen of calisthenics. Strong body, strong mind. The only way he'd find the willpower to become a real man and not a panty sniffing mummy's boy.

I got him warmed up with some stretches and took the opportunity to critically appraise his physique. My big strong hands grabbing his puny limbs, squeezing and slapping to point out his inadequacy had David terrorised but also very excited.

Miss Myers sensed her wayward offspring was getting distracted and sent him to run up and down the stairs while we discussed the next phase of his training.

We decided the best way to motivate him would be a side by side, naked comparison of his waif-like frame and my own Adonis musculature. So we forced him to strip. Still sweating and panting from the stair runs. I stood beside him. His head level with one of my pulsating pectorals. I threw one heavily bicepped arm around his birdlike shoulders. I could have bench pressed him with one arm. Miss Myers took a photo for posterity. Now comes the hard part. I swung my military juggernaut sideways almost knocking him over with it.

"Look you little runt. What do you see? How does it compare to yours? Imagine how proud your mummy would be if yours was big like mine!" David was oblivious to my words but transfixed by my war machine.

"DAVID!" PAY ATTENTION!" his mummy admonished at a decibel level akin to a 747 taking off.

Spanking time again. This time Miss Myers left David at my mercy. Or lack thereof. I put him over my knee and gave him a sound thrashing. Predictably, he learned nothing from this. On the contrary, he was actually humping my leg. Beastly.

A lost cause this one. We made him show us his top 5 favourite pairs of mummy's panties and do a little humiliating dress up. Miss Myers got him to explain in detail exactly what he liked abut each pair. A veritable panty connoisseur this mummy's boy.

The final phase of his training was the receipt of six of the best with a heavy cane across the naked buttocks delivered at full force by me.

Miss Myers instructed David to count each stroke in Balla Ballas. One Balla Balla, two Balla Balla and so on. If he was to lose count or stammer or squirm or so much as whimper, we would reset the count and begin again. To his credit, David took it like a man. Stoic. Until mummy called him a good boy for taking his strokes properly. At which point he was a snivelling mess and needed a big aftercaring cuddle from both of us.

Once he'd regained his composure he was glowing with joy. A very happy submissive. His fantasy role played to perfection. I walked back to Hampstead via the Heath enjoying the sunshine, fresh air and great outdoors with a spring in my step, filled with pride at how well the session went.

In the middle of the park I got a WhatsApp message from Miss Myers to say David was delighted and he'd already come up with a scenario for our next session. I'll be the daddy. I'm feeling paternal already. It's going to be another awesome session. I can feel it in my boner. 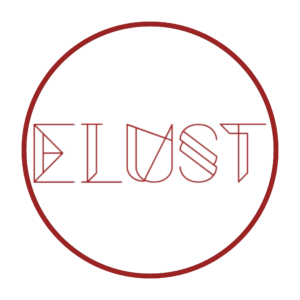 I love reading about your sessions, and how much you enjoy them.