I'm honoured to have been listed on the Molly's Chaturbate sponsored list of the Top 100 Sex Blogs for 2020.

Some other Sex Blogs I enjoy that also made the list include, in no particular order =

When I Watched A Man Fuck My Boyfriend

I'd like to place Cara's account of her boyfriend getting fucked by his friend on the recommended reading list of any couple thinking of having a bi MMF threesome. If this doesn't inspire you to go ahead and make a hot, bi, three-way happen, nothing will.  Not exactly Forced-Bi. But certainly bi and sounded pretty forceful. I especially enjoyed the bit where the boyfriends friend gripped him by the buttocks "Like some wank sleeve he was about to ejaculate his pent-up need into." and I was pleased that the friend gave her boyfriend a reach-around in the end. It's common courtesy!

Skip to 3:57 for the reach-around quote. Or better yet, watch the whole scene, it's a classic.

Sex love and videotape review of Death Proof. Not Tarantino's best work but that lap dance scene is pretty special.

Nudism around Europe post has so many places I want to visit. Cap d'Agde top of the list.

Why are there so Many Nerds in Kink?

This is something that's always fascinated me. There is a massive intersect between the nerd and kink communities. This post is a brilliant insight into some possible reasons why this is the case.

The Fool and the Fairy So, at the end there when Theo is buried up to his ankles by the fairy Queen. I get that he's immobilised and helpless as a punishment for jacking himself off all over the sacred glade. Then the snuffling. Is that the cantankerous badger coming to have its wicked way with him? I hope that's in the sequel.

Six Sex Toys That Could Probably Kill Zombies This is just the best thing in the Internet.  Sex Blogs or otherwise. When the zombie apocalypse happens and you can't carry all your favourite sextoys and all the necessary zombie killing weapons, it's time to improvise. Gifs from The Walking Dead, Deadpool, Sean of the Dead and Zombieland. All high up on my favourite Zombie media of all time. The sex toy selection is first rate. The writing is genius. Love it. 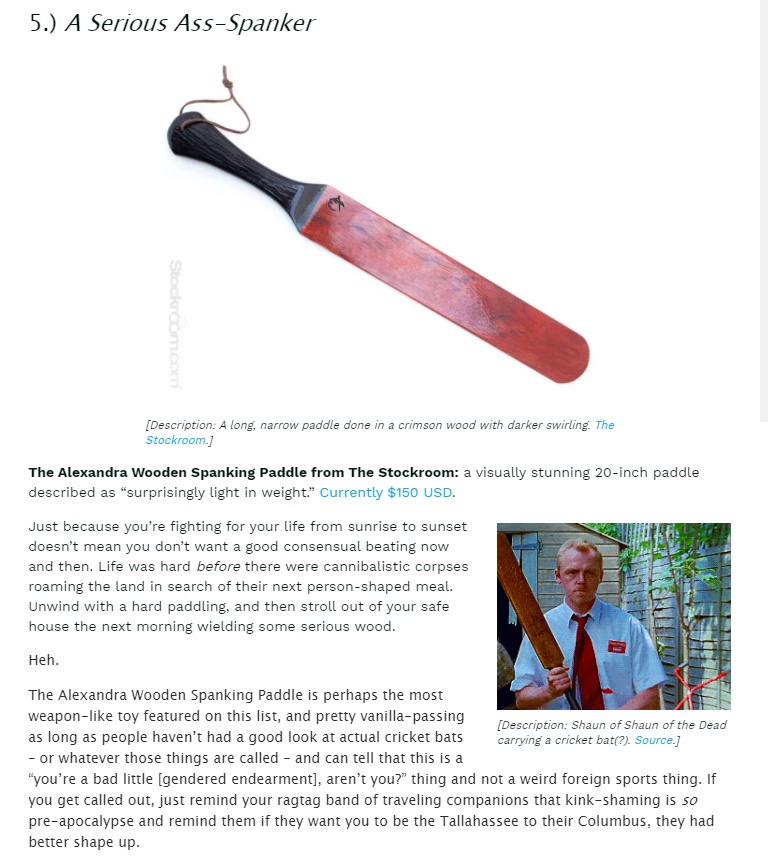 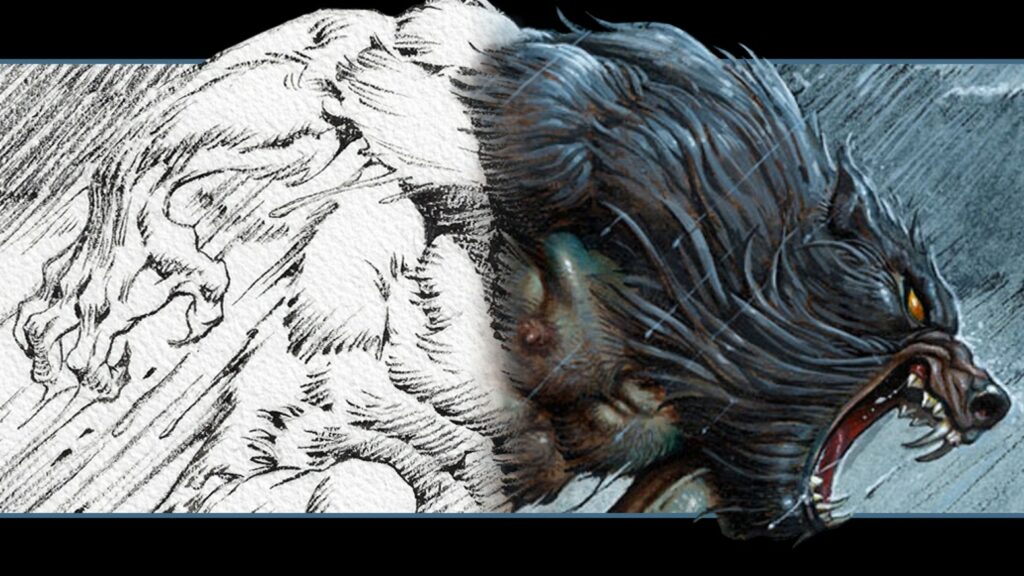 When I met my friends toddler for the first time, she was learning to crawl. He had set up a short tunnel made from those foam clip together sheet thingies and was luring her with a toy to crawl through. I took one look and said in my best Newt from Aliens lisp, "Mostly they come out at night. Mothtly."

Figged and Tied I tried out a violet wand on Milady once at London Alternative Market. Good fun. Its on the shopping list. The magic wand should be on everyone's shopping list. Household essential. The ginger usually goes in my dinner or my protein shake. I wouldn't have thought to shove it up someone's asshole. But there you have it folks. Figging. A deviant with access to the very best sex blogs learns something new and kinky every day. 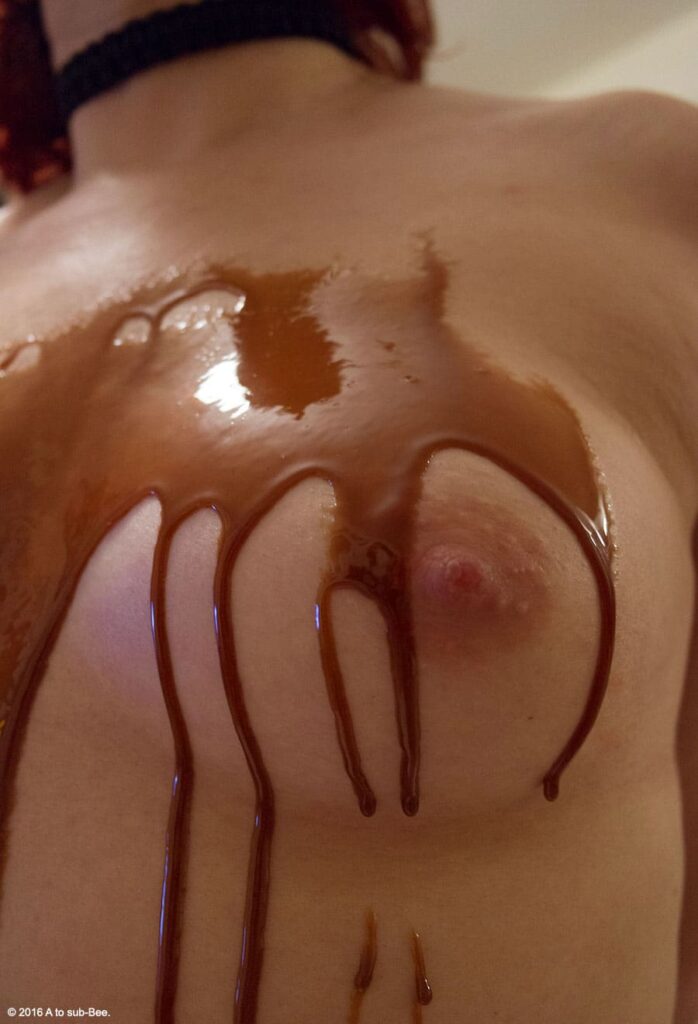 A to Sub Bee

Filthy Girl Two filthy scenarios for the price of one. Buy one, get a creampie in the face for free. Both written in Subbee's inimitable and excellent style. Scenario 1, yes please. Scenario 2, not so much. I always felt food and sex are not a combination for me. Each to their own and I get the appeal but not for me. Especially any sticky food. I have few limits and turn offs but sticky food on my own skin would be a place I'd draw the line. On someone else's skin on the other hand. That's another matter. Possibly the sexiest track and sexiest video clip ever imo = Tosca, Honey.