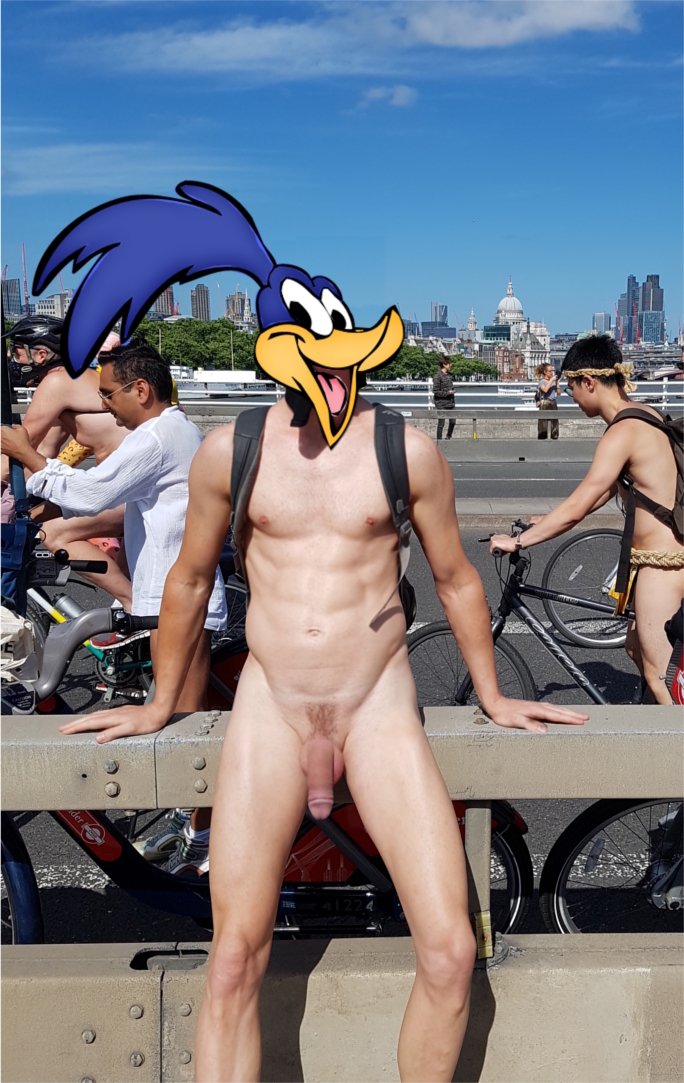 The pic below was taken on Waterloo Bridge looking towards St Pauls.

The World Naked Bike Ride (WNBR) is an international clothing-optional bike ride in which participants plan, meet and ride together en masse on human-powered transport. (the vast majority on bicycles, but some on skateboards and inline skates), to "deliver a vision of a cleaner, safer, body-positive world."[1]

The dress code motto is "bare as you dare".[2] Full or partial nudity is encouraged, but not mandatory.

There is no mandate to cover intimate parts; this is a distinguishing feature of the WNBR against other cycling events.

Creative expression is also encouraged to generate a fun and immersive atmosphere during the ride, capture the attention and imagination of the public and media, and make the experience more personalized and fulfilling for the riders.

Body art, such as body painting, are common forms of creative expression, as well as costumes, art bikes, portable sound reinforcement systems. (such as public address systems, bullhorns and boomboxes) and musical instruments or other types of noisemaker.

In addition to simply being able to ride clothes-free on community streets, some rides have established precedent by having body-painting parties, often involving numbers of naked riders and artists in high-visibility municipal parks.

This distinctive form of Critical Mass, occasionally called Critical Ass in a WNBR context, is often described or categorised as a form of political protest, street theatre, party-on-wheels, streaking, public nudity and clothing-optional recreation, and thus attracts a wide range of participants.