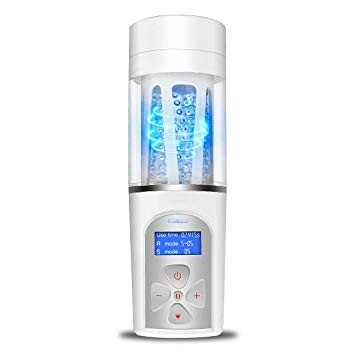 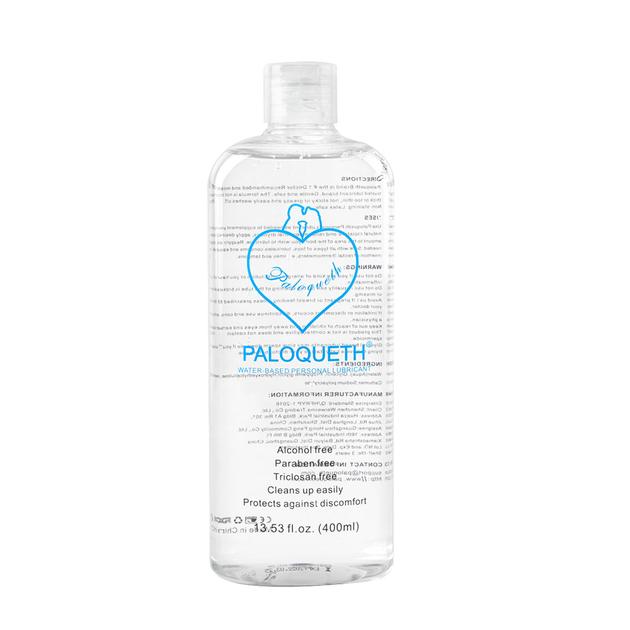 $14.99 for 400ml good quality lube is quite the bargain. It's slippery and long lasting and lots of it. I usually buy Pjur which is way more expensive, even from Freedom shop via NHS. I like the pocket size Pjur screw top. There's no way I'm carrying anything flip top in case it pops open in transit. From now on I might buy the Paloqueth lube and decant it into a Pjur bottle to carry to outcalls.

The instructions said to charge the device fully before using it for the first time so I connected it to its very cool magnetic charger. You just line the charge cable up with the device and it magnetically latches on like a jedi mind trick. I wish all charge cables were made this way. It only took about 1 hour to charge up.

I love the Sci-Fi styling of the device. It looks like a cock sheath designed by the Empire. A light sabre on its day off.  Fully functional, programmed in... multiple techniques.

I squirted a generous quantity of lube into my new toys silicon nubbled interior. My first attempt to shove my Bigdownunder into the device was not a success and I thought for a moment it wasn't going to happen. But with some more lube applied directly to my cock and to the outer lips of the device, I was engulfed like a rebel into a Sarlacc pit.

If they make an XL version of this, I'm definitely buying one. I'm a bit too thick for this device and much too long for it. It still works but I can't get my cock halfway into it and a bit more diameter would reduce the friction so the motor could spin better.

I don't think I'd last long with this thing on full power if someone else was using it on me. In my own hands it's easy enough turn down the intensity or pause the device before the point of no return. I had to pause  a few times to ensure that I'd last to the end of the video. A restrained male submissive could easily be edged in this way. I know a few tie and tease loving subs who I'm going to instruct to order these and then use the device on them when they're tied to the bed and tease them almost to the point of orgasm then pause the device. Let them feel my control over them as I repeatedly deny their orgasm over the course of an hour then see how hard they shoot at the end of the hour when I finally let them cum 😉

The device can be taken apart very easily and the sleeve simply popped inside out and washed with soap and water, disinfected and left to dry, then reassembled. Wash and dry thoroughly lest your masturbator cup end up smelling like the inside of a Tauntaun.

I wanted to ask if you are planning to post something about sex dolls? I am excited to know more about them...
Looking forward to yet another one of your posts filled with debauchery and cool info
Dan

I'll see what I can do. Definitely more sex toy reviews in the works. I'm in contact with a few different brands and should be getting some more to test drive in the near future. The best sex dolls cost about $10,000 so I doubt RealDolls will send me one for free in exchange for a review unfortunately. If you buy me one I will happily put her to good use, write about the experience and make you a custom made video!