Thanks to @MistressElita for my new pics! Awesome photoshoot

Now featuring in my

ps the faces are borrowed from Lupin, McKenzie, Tygra and Space☆Dandy.

Arsène Lupin III (Japanese: ルパン三世 is a fictional character created by Monkey Punch as the protagonist for his manga series Lupin III. Acknowledged across the globe as the world's number one thief, Lupin is a master of disguise and deduction, marksman, prime mover, mission engineer, and inventor of numerous handy gadgets. His fun-loving, foolhardy incongruity covers a brilliant mind always extemporizing and re-evaluating. As such, he has been responsible for heists no right-minded individual would believe possible. While occasionally arrested and jailed, typically by his ICPO nemesis Inspector Zenigata, he always succeeds in escaping unharmed. The original manga differs significantly compared to the family-friendly anime incarnations through its explicit depictions of sex and violence, with Lupin's character also differing as a result.

McKenzie from Danger 5, is a ninja expert with a white lion's head who only speaks Japanese. He's Pierre's butler and later on a sensei to Tucker. After the Colonel and Claire are killed, McKenzie becomes the brains of the team. He can enter dreams, but can only be brought out when someone kicks him in the groin.

Tygra  is a male Thunderian, architect, scientist, and noble member of the ThunderCats. He can become invisible, however, this doesn't prevent him from being seen by strong enough detectors. Along with the ability to turn invisible, he is armed with a large bolo whip. He is also the ThunderCats' Council leader. A staunch, level-headed warrior based on the tiger. He is responsible for the design of all of the ThunderCat structures on Third Earth — the Cat's Lair and the Tower of Omens — as well as the devices the ThunderCats used when exploring New Thundera. He is also gifted with "mind-power" — the ability to create life-like illusions in other people’s minds; he used this for Lion-O’s Annointment Trial, but it puts a great strain on him. He uses a whip-like bolas in combat, with which he can render himself invisible to the naked eye.

Space☆Dandy (Japanese: スペース☆ダンディ, is a 2014 Japanese science fiction comedy anime series produced by Bones. The series follows the misadventures of Dandy, an alien hunter who is "a dandy guy in space", in search for undiscovered and rare aliens with his robot assistant QT and his feline-like friend named Meow.Space Dandy is an easygoing and forgetful young man working as an alien hunter whose job is to discover new alien life forms across the galaxy and have them registered with the Space Alien Registration Center. He is the captain of the Aloha Oe (アロハオエ号 Arohaoe-gō), his personal spaceship. The cockpit of the Aloha Oe can split off into an escape pod dubbed the Little Aloha (リトルアロハ Ritoru Aroha) and it displays the ability to transform into a robot called the "Hawaii Yankee" (ハワヤンキー Hawayankī). Dandy regularly visits an intergalactic Hooters-type restaurant known as "BooBies" (ブービーズ Būbīzu) where he indulges in his posterior fetish and dreams of someday buying out the franchise. Dandy is also shown to have many hidden talents, including being a prodigal surfer capable of surfing on abstract concepts such as time and having a deep understanding of physics, such as figuring that when a person "warps" on ships, they are actually moving their consciousness to a universe that is slightly further ahead in the same timeline rather than moving to a different area of the same universe. Unbeknownst to him, Dandy is targeted by the Gogol Empire due to his connection to a reality-defying element called pyonium. Ultimately, after the universe comes to an end, Dandy is revealed to be, unbeknownst to even himself, an omnipresent figure who exists in any and all hypothetical timelines (with his various skillsets belonging to other previous Dandies), while turning down the position of god of the new multiverse (because as a body-less god, he wouldn't be able to go to BooBies), leaving the current universe with the words "Stay dandy, baby." The series ends where it began (with Dandy and QT heading to BooBies, where they will meet Meow for the first time), except Dandy's experiences from his multiverse-hopping adventures have made him grow as a person and wonder if he is the same as he was before. 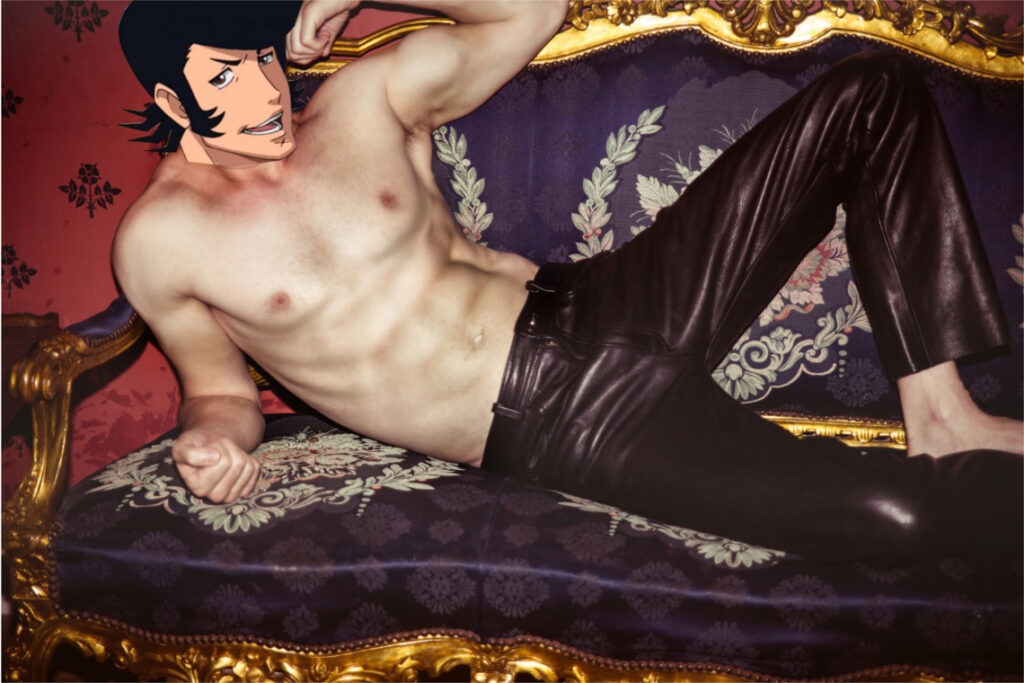