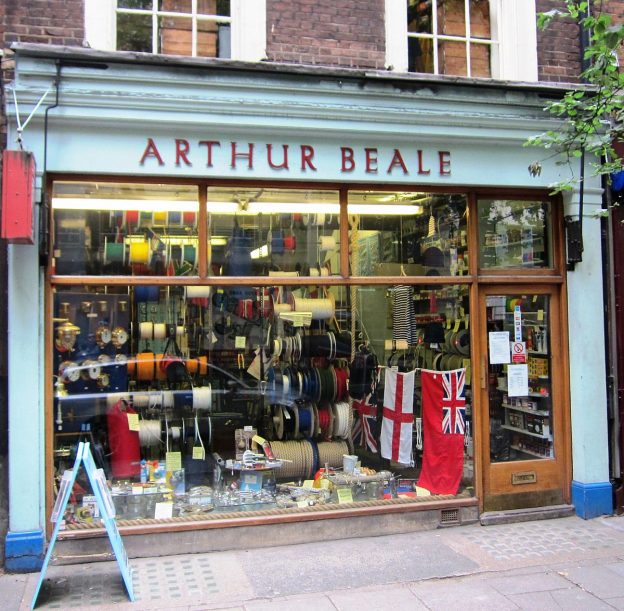 I've just been to the Chandlers to buy some new flax_rope for a bondage session tomorrow. It's much better quality than the rope usually sold in fetish shops.

Flax is a wonderful natural material. In the 16th century when Arthur
Beale was called “John Buckingham Flax Dresser and Rope Maker” the blue flowering flax plant would probably have grown locally in the Parish of St Giles in the Fields. Our shop still stands in the very same spot but the flax fields have now been replaced with the modern West End of London. In the 16th century Elizabeth I encouraged flax growing by stating: “for the better provision of making nets for the furtherance of fishing,
and to eschewing of idleness” By the end of the 16th century sail cloth manufacturing became well established and the burgeoning demand from the expanding Navy would soon outstrip the local supply of flax and imports of the fibre were required from Russia and Eastern Europe.
Flax was the prefered material to make the sails and so the ropemakers turned to hemp to manufacture their ropes. Flax fibre is very hard to distinguish from hemp. The first process to extract fibre from the flax plant is to rot away the inner stalk. This is called retting. This can be done in ponds, streams or with dew in the open. Dressing flax is the process of removing the straw from the fibres. Dressing consists of three steps: breaking, scutching, and heckling.
The breaking breaks up the straw. Some of the straw is scraped from the fibres in the scutching process, and finally, the fibres are pulled through heckles to tease out the last bits of straw. The word “heckling” derives from this process. Only at this stage can the fibre be twisted to form twines and ropes.

I've also been looking on Rai's Playroom for some new bondage ideas 😈 New rope to be used in addition to a blindfold and my Ball Gag tomorrow.