A restful and relaxing long weekend away with Sandra . 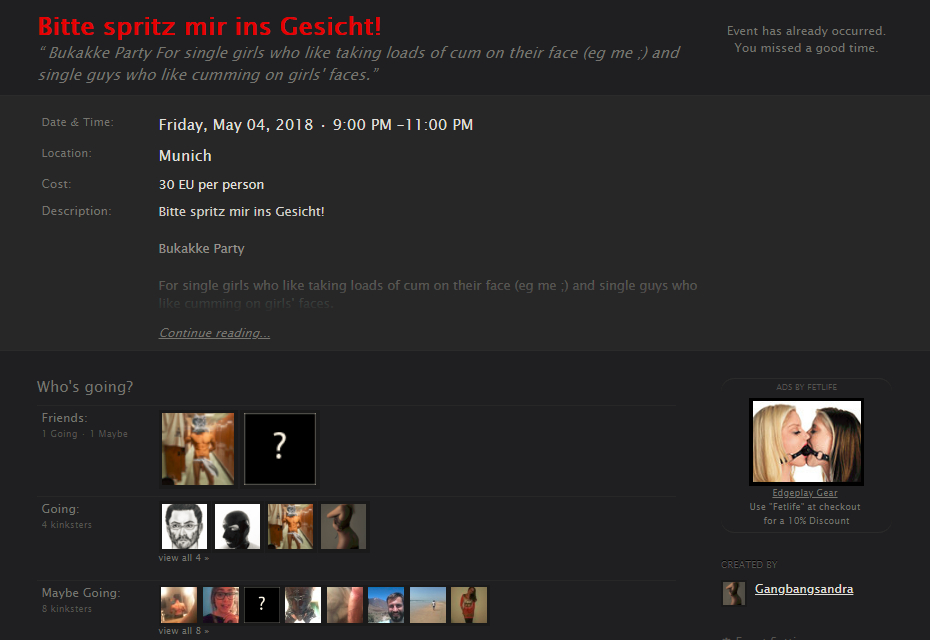 Went to a craft fair.

Went nude sunbathing in the Englischergarten. 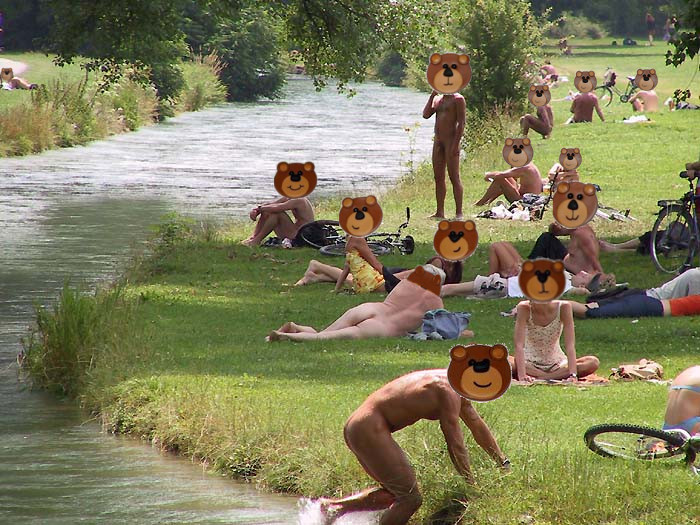 Pondered visiting Club Lilith  but didn't make it there this time.

At the spa, we tried all the different saunas, steam rooms, jacuzzis, showered under a waterfall, gave each other salt scrubs, had towel fulls of hot air expertly launched at us by statuesque blonde Bavarian women, jumped into freezing cold water, lounged on an artificial beach, admired, and were admired by, all sorts of sexy naked people and fooled around together in some of the public areas.

We then found a relaxation room dimly lit by LED lights to look like a constellation of tiny stars and bedecked with lounge chairs all unoccupied. Our lounger was situated around the corner from the door so we wouldn't be immediately visible if someone entered. An indirect view out into the spa via a mirrored surface facing the glass doors ensured that we could see if someone was approaching but they wouldn't be able to see from outside what we were up to.

Eventually a portly, older German fellow did enter so we toned down the X rated action temporarily. He immediately jumped on the lounger opposite ours, exchanged friendly guten tags, and then we started to re escalate the action on our lounger little by little to test whether he'd approve or disapprove. Judging from his reaction, definitely the former. When we started to kiss, his towel came off to reveal a medium bratwurst and pendulous scrotum.

Once our hands started to wander, he was soon rising to the occasion.

I fucked Sandra from behind and gestured for our new friend to reach out and play with her clit. Even with my hand clamped a cross her mouth, the noises she was making were getting loud enough that we were likely to get ourselves kicked out of the spa if a lifeguard overheard. So I reverted to face fucking her while Herr Danglyballs gave her an enthusiastic fingerbang.