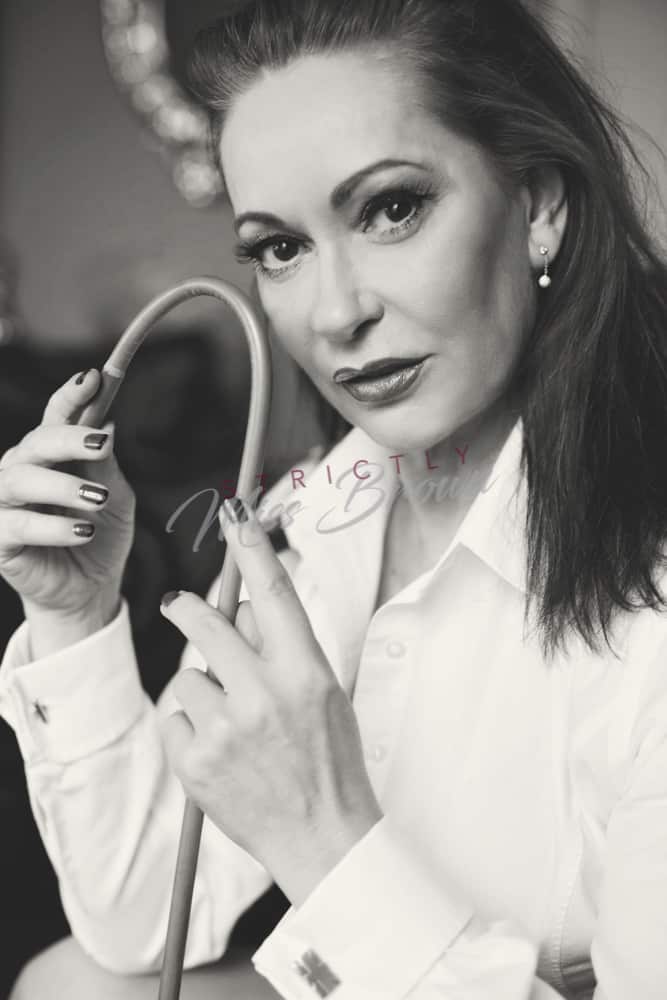 Just had a brilliant forced bi duo session with the inimitable Strictly Miss Brown. accompanied by a naughty schoolboy badly in need of punishment.

Miss Brown had lost patience with his poor performance in her classroom and brought him to the headmasters office. He was to receive a disciplinary spanking, flogging, paddling, caning and face fucking.

We took pity on his delicate buttocks and dressed him in black latex shorts. These protected him from being marked with bruises whilst I could still inflict considerable pain on his latex clad bottom.

The shorts had the added side effect of substantially amplifying every stroke of each implement to a volume far louder than can be achieved by striking bare skin. The paddle sounded like gunshots and the flogger like a bull whip crack.

The cane retained its characteristic whistling sound as it carved through the air en route to his ass. Upon impact emitting a very loud and pleasing report like a cannon shot echoing off my high ceiling.

The symphony I created was at times interrupted by whimpering and pleading but these outbursts where succinctly dealt with each time via a few sharp words from Miss Brown. Her experience and skill at domination is second to none, her discipline justly feared and her authority irresistible.

The session for the most part was about myself and her sub and her role was to be primarily as an observer. But each small involvement of hers in the session was like a work of art. I’m very impressed and can’t wait for another session where I can see a full demonstration of her mastery of corporal punishment!

At length I laid down my weapons of ass destruction and explained to the detainee in my charge the nature of his final punishment. Naturally, it would be a forced face fucking of a depth of brutality befitting his school yard crimes. To his credit he took my full 9 inches balls deep down his throat without gagging. Miss Brown noted this as evidence that he’d lied to her about the extent of his experience with cock.

He withdrew from my bigdownunder briefly to respond to her interrogation. Like a good boy he knows not to speak with his mouth full. He couldn’t conceal the truth from Miss Brown and confessed that he’d actually been sucking cock at every opportunity. Just two more things we’ll need to punish him for. Lying and being a cock slut.

Once our client had retreated to my bathroom to make himself respectable, Miss Brown whispered her compliments to me regarding my performance in comparison to other male escorts she’d booked in the past for forced bi sessions.

I’ve never failed in this regard and my performance has become near legendary in Pro Domme circles. This session as well as many others came from word of mouth resulting from previous successful sessions. I love duo sessions and I hope this will be the first of many with the most elegant and intelligent of disciplinarians, Strictly Miss Brown ❤

Wow! how do you do that?! This is amazing and you bet the young lad really met someone beyond his match. Miss Brown looks quite pleased I can tell. I think I’ll recommend you to some of my friends who may need male escorts for forced Bl sessions. l trust they will love your services