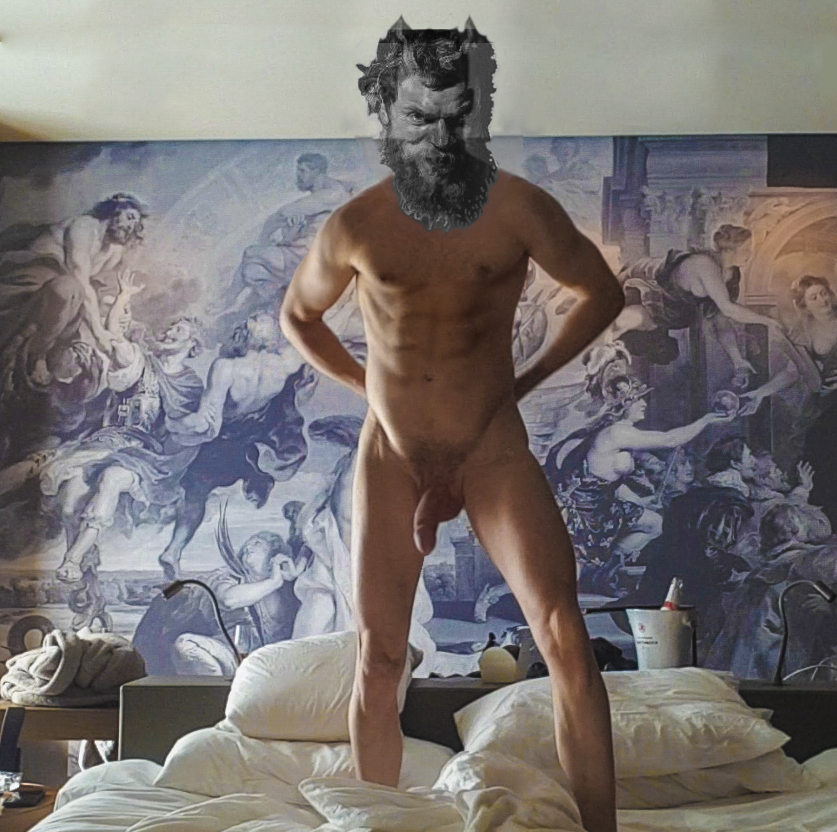 A few weeks ago a secret admirer invited me to go on holidays together to a 5 star, luxury alpine ski resort in Switzerland.

I flew in, spent one night at his house overlooking a beautiful town on a lake. We went out to dinner in a brewery on the first night in nearby Luzern to celebrate Schmutzige Donnerstag – Dirty Thursday. Part of the Fassnacht Swiss Carnival long weekend. Lots of dressing up in costumes with masks, beating drums, tooting horns and getting drunk. Great fun!

The drive to the resort was spectacular. Swiss Mountain scenery is unbelievable. We arrived to fresh powder from snowfall the previous night.

The hotel has a Swiss Asian aesthetic and lavish rooms. There's a Michelin starred Japanese restaurant and hedonistic spa.

1,447 metres above sea level in Andermatt with Gemsstock towering over us and Schöllenenschlucht gorge raging nearby. I saw a small Satyr statue on the Devil's Bridge and the mural in the room was based on a Rubens so I got the idea to borrow the Satyr faces from Mr Rubens for my pics. 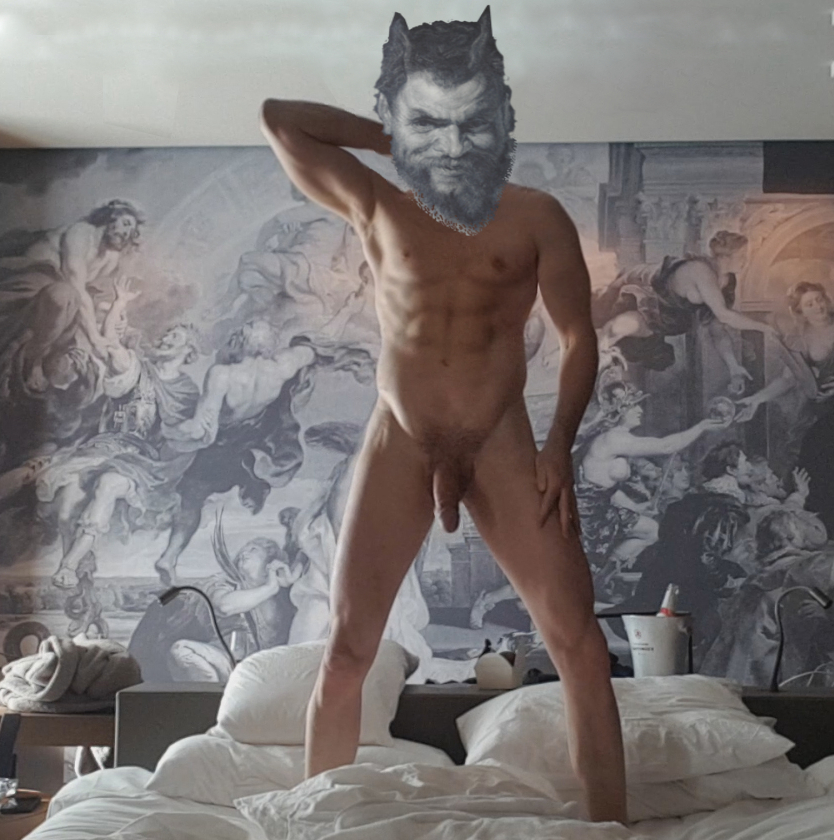 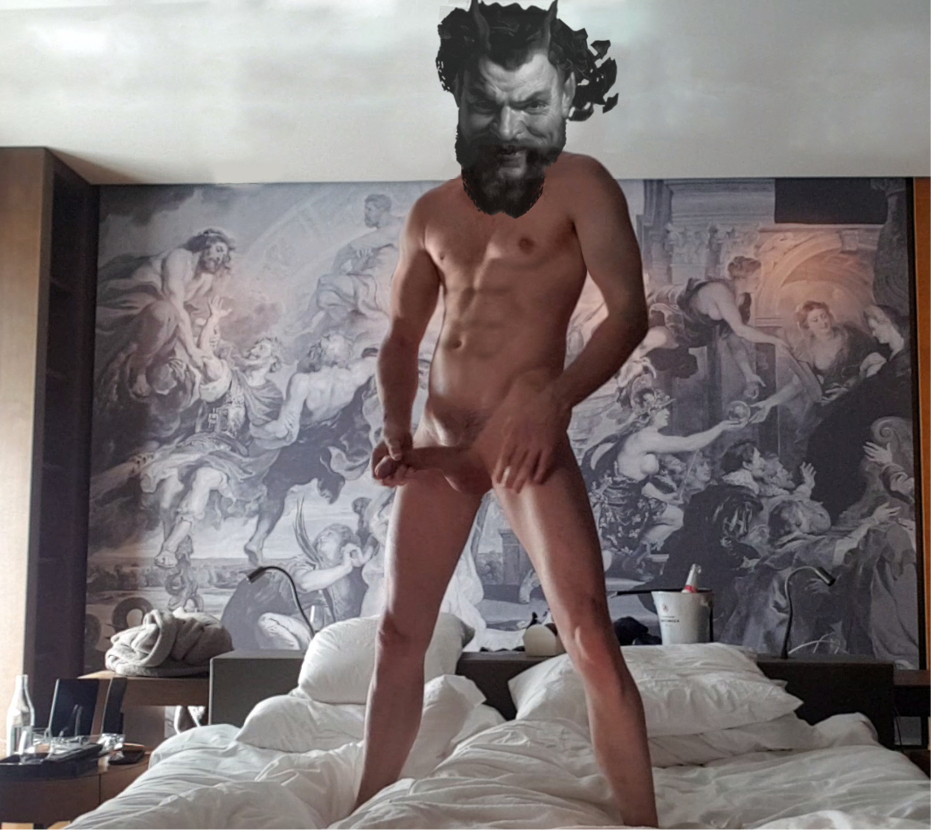 There's a bottle of Moët chilling in a bucket of ice behind me and a box of Sprüngli chocolates . Köstlich! (if you'll excuse my umlauts).

Our Ski Butler helped me into my boots and I met my Ski Instructor who did an excellent job of introducing me to the basics on the beginner slopes. My first ever Ski. By the end of the day I was slaloming down the green and blue slopes. More of a bomber than a ripper or shredder. Some elegant carving but also plenty of falling over.

I enjoyed the skiing and arrived back at the hotel happy, exhausted, covered in bruises, with a big smile, ready for Après-Ski.

The Après was exceptionnel. Soaking in the hydro-thermal pools and lounging in the sauna and steam rooms at the spa felt amazing after a days skiing. The spa pool even had an exit into the snow that you could swim through so I got to paddle out in heated water with fresh snow all around me.

The room was incredible. Their website says the bed is a Hästens boxspring. Very comfy and highly resilient. The bed and Mon Cherie can take a serious pounding.

Australian Bi male masseur and escort for men, women, threesomes with couples and duos with female or transsexual escorts.
Fly Me To You, Photoshoot, Switzerland
Andermatt, fly me to you, switzerland

I am very impressed Mr Oz that this was your first ski lesson and that you enjoyed it so much. I must admit the Apres can be so good. Makes the bruises worthwhile.