Milady vipfetishmodel.com and I booked The Bunker recently.

We made some hot video clips 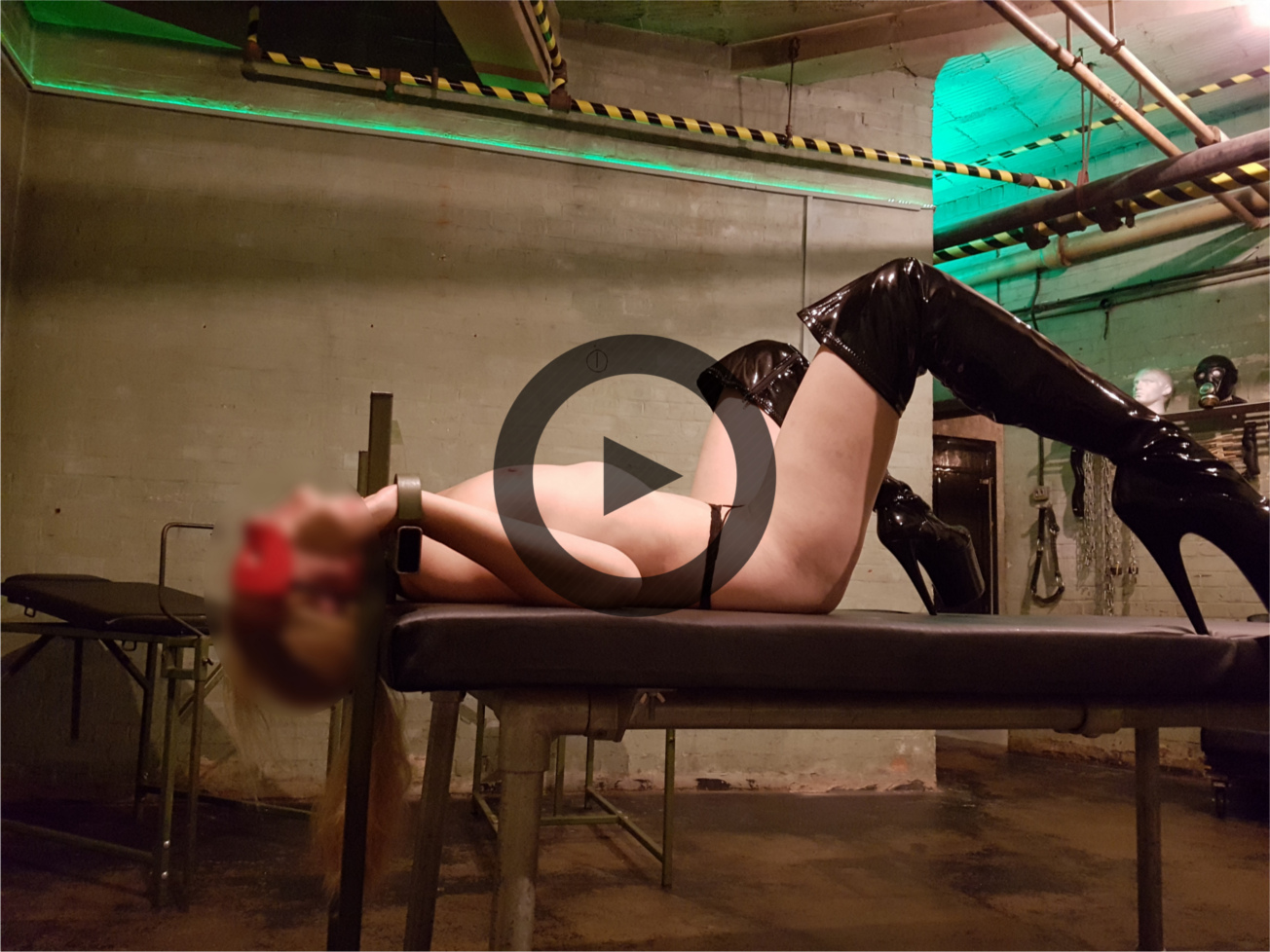 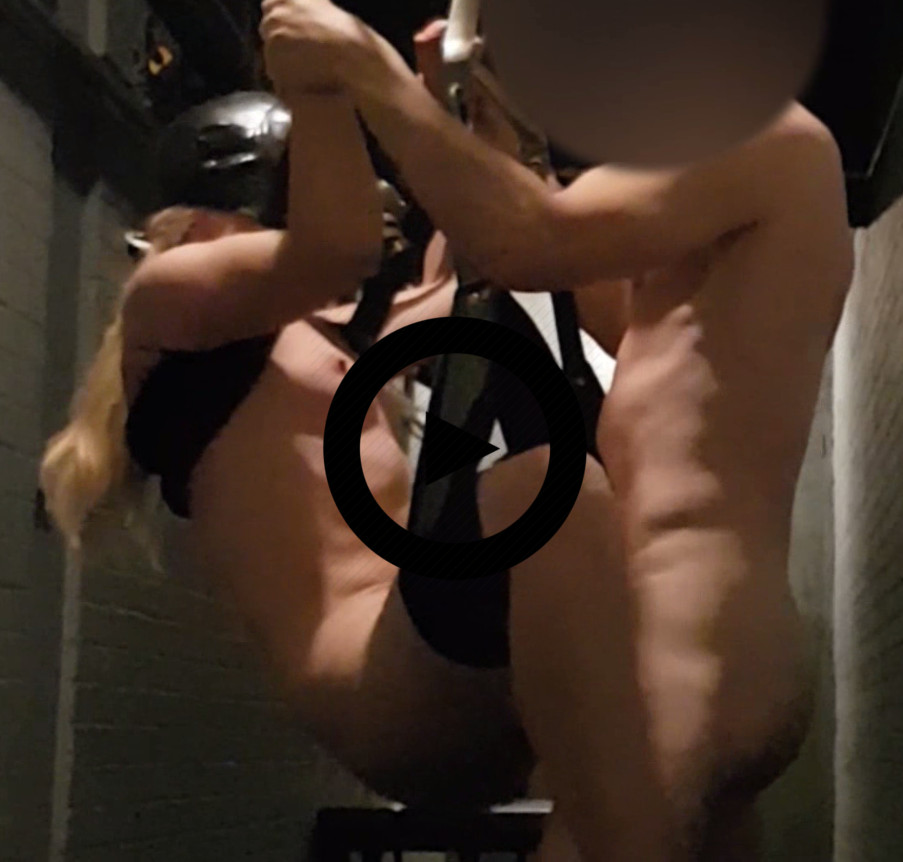 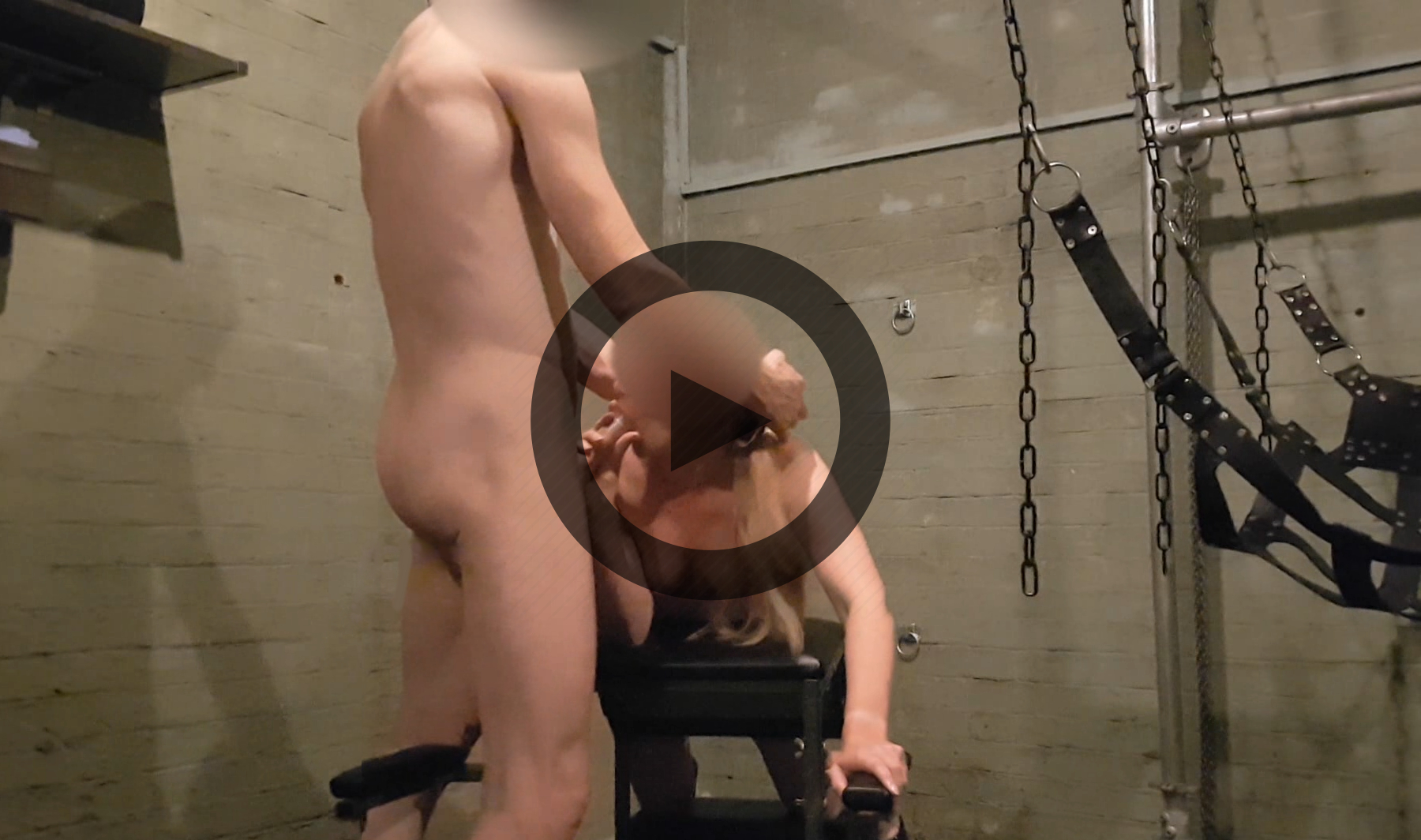 We filmed our first clip on the fuck bed with a set of stocks arranged at one end.

I folded the stocks open, arranged Milady's neck and wrists in the restraints, closed the stocks and locked them in place.

In stocks Milady looked like some ye olde world scold or adulteress condemned to a humiliating punishment at the hands of a medieval mob.

Immobilised at waist height she was helpless to resist a rough throat fucking. The sounds of her choking and gagging echoed off the literally bomb proof solid concrete walls of our subterranean dungeon setting.

Soon I was standing over a puddle of Milady's saliva she'd noisily retched up as my cock ravaged her tonsils.

At least 10 metres underground, the bunker is perfectly sound proofed from the outside world. The phrase "no one can hear you scream" Was never more true.

And scream she did once I'd mounted her and penetrated her deep and hard on the fuck bed.

We moved to the swing for our second clip.

It's hung from a solid steel frame with four point suspension. The leather swing hangs from heavy chains. The excess length of chains hangs free from the four suspension points such that any movement of the swing sets of a cacophony of rattling and clanking chains.

In case you've ever wondered why ghosts rattle chains Haunting Aficionados have the answer.

In Charles Dickens' classic ghost story, 'A Christmas Carol' the ghost of Scrooge's deceased business partner, Jacob Marley was weighed down by chains. When Marley appeared to Scrooge, he told him that the chains he wore were a punishment and represented his sins of greed and disregard for his fellow man in life.

Milady, on the other hand, is extremely generous and always kind to her fellow man. She just loves being chained up and fucked 😉

The paranormal researchers tell us a snap shot of consciousness can be stored in earthly materials including tools or restraints. The psychic energy of a living human then stores a memory of the chains or the sound of the chains.

Meanwhile, on a more earthly plane of existence. The swing is great for rough fucking. The force of every thrust obviously propels the leather seat away and then gravity swings it back. Each thrust is thus massively amplified in power without the bottom in the sling needing to match the rhythm or push back at all.

Likewise the scene of our next clip. The slings suspended from an electric winch.

Like some heavy duty steam punk factory equipment, the winch control button clicks in with a satisfying clunk and the winch whirs loudly into action and easily hauls Milady up to waist height.

The slings loop under her thighs and around her back under her arms. Unlike the swing which leaves only her pussy exposed, the sling exposes pussy and ass and would be perfect for double penetration.

Every British Gentleman understands the importance of forming a polite and orderly queue. Whether you're topping up your oystercard, going for afternoon tea at The Ritz or gangbanging a Fetish Queen, one must maintain social decorum.

I'm sure the queue will be just like this = 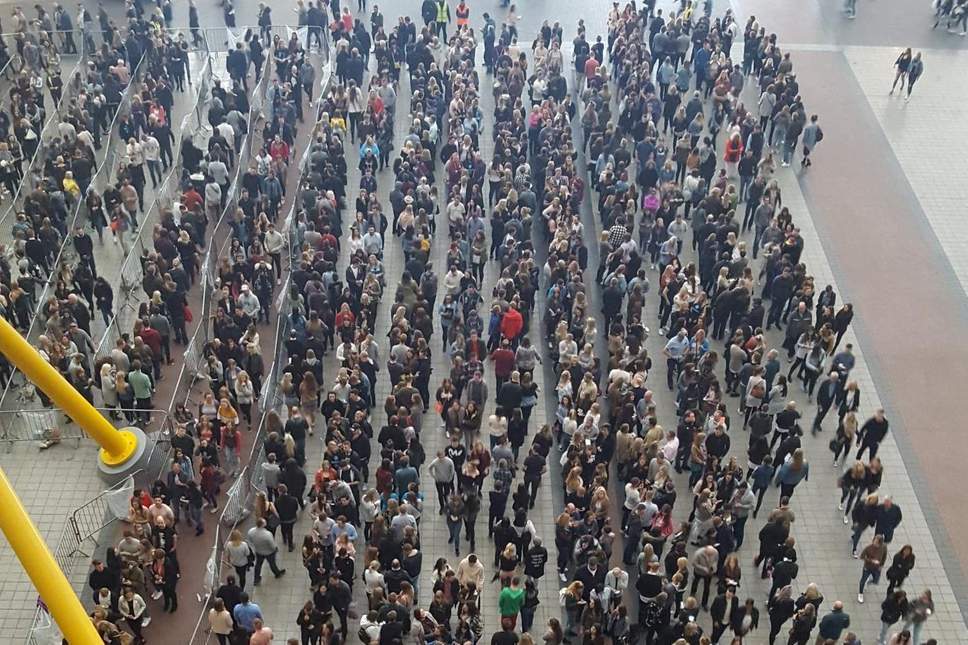 London's Subterranean Secrets include hydroponic crops being grown on an underground farm in Clapham, The Churchill War Rooms which are now a museum, The Modern Day Pindar rooms deep under The Ministry Of Defense and linked to Downing Street and the Cabinet Office via an underground tunnel, The Admiralty Citadel on Horse Guards Parade, secret facilities built into tube stations, communication facilities used to connect the hotline between the White House and the Kremlin, the bunker under Uxbridge airbase from which The Battle of Britain was directed,  the government’s emergency underground HQ Bunker, and a Cold War era contingency bunker against the possibility of World War 3.