The duo with Domina Octavia was a forced bi session for an inexperienced gentleman hoping to fully awaken his bi side with a little encouragement from a persuasive mistress and master.

A great success in that sense and fun session making good use of Octavia's sling. She also gave him an electrifying experience via her violet wand.

I've seen them demonstrated before and zapped myself just to feel how strong their current is when they've been on display at different fetish events like LAM . but this was the first time I've seen one used in a session.

Read the reviews on Amazon if you're curious. Or better yet, try one for yourself.

My duo with Macy was a voyeur session where her regular client had decided he'd like to watch Macy have fun with another man.

He wasn't joking. She is uniquely hot, she really does love sex and her affection for him is genuine. They've know each other for a few years and must have had a lot of great sessions. I know how she feels about him because I feel the same way about my best regulars.

Macy and I put on a show but there was no acting involved! Our audience was most appreciative.

He found me via Anna's Angels and just before I left he asked if I'd like him to leave a review for me with the agency. I said "yes please."

Thank you, Jeff 🙂 I really appreciate the compliments and it's very kind of you to post a review for me. I had a great time with you and Macy!

Mistress Vanessa and I finally got to have a session together. Our last booking was a no show unfortunately but this time all went as planned. I sent her a message asking if I could mention our session here but I think she's away on Holidays now and might not see my message until she's back. I'll update here if she agrees. 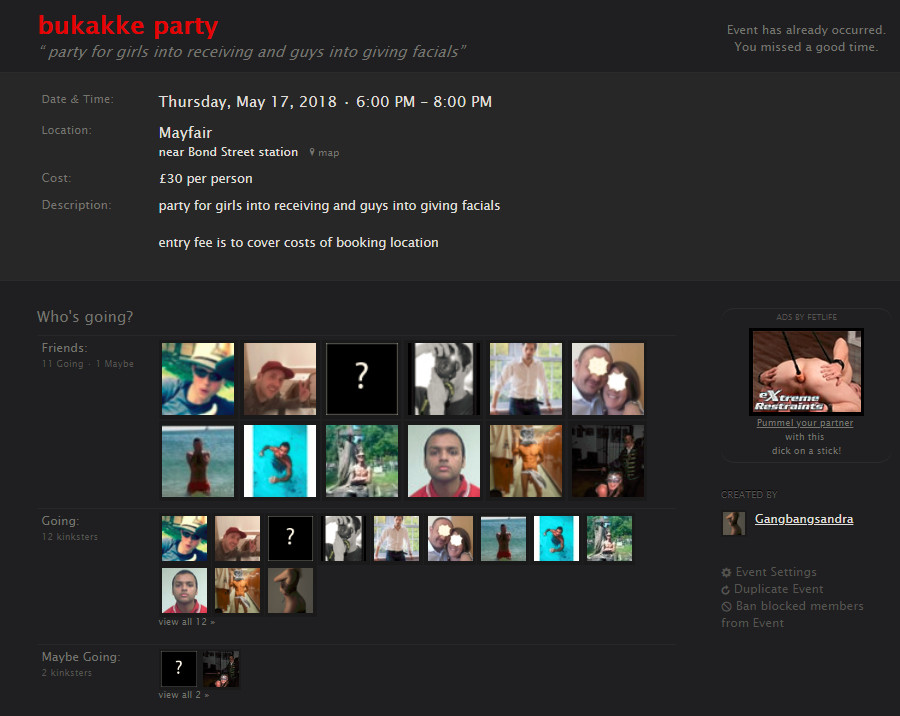 Sandra and I held another bukakke party on Thursday evening. An earlier timeslot this time. We set the start time as 6pm in the hope that more guys would come directly from work. Parties we hold later on Friday or Saturday nights tend to get a lot of timewasters and no shows so we hoped the guys responding for 6pm on a weekday would be more genuine and  reliable.

In this way we were able to usher them into our flat quickly, quietly and with maximum discretion. Previously we've let our bukakketeers into the flat one by one which made too much traffic and created a risk that a nosy neighbour might overhear something. This time I ushered in half of our merry crew, waved the all clear to Sandra and in no time, she and the remaining seamen were all aboard.

One of the gentleman who contacted me about the bukakke party had the username, Throatinator. This is outstanding. 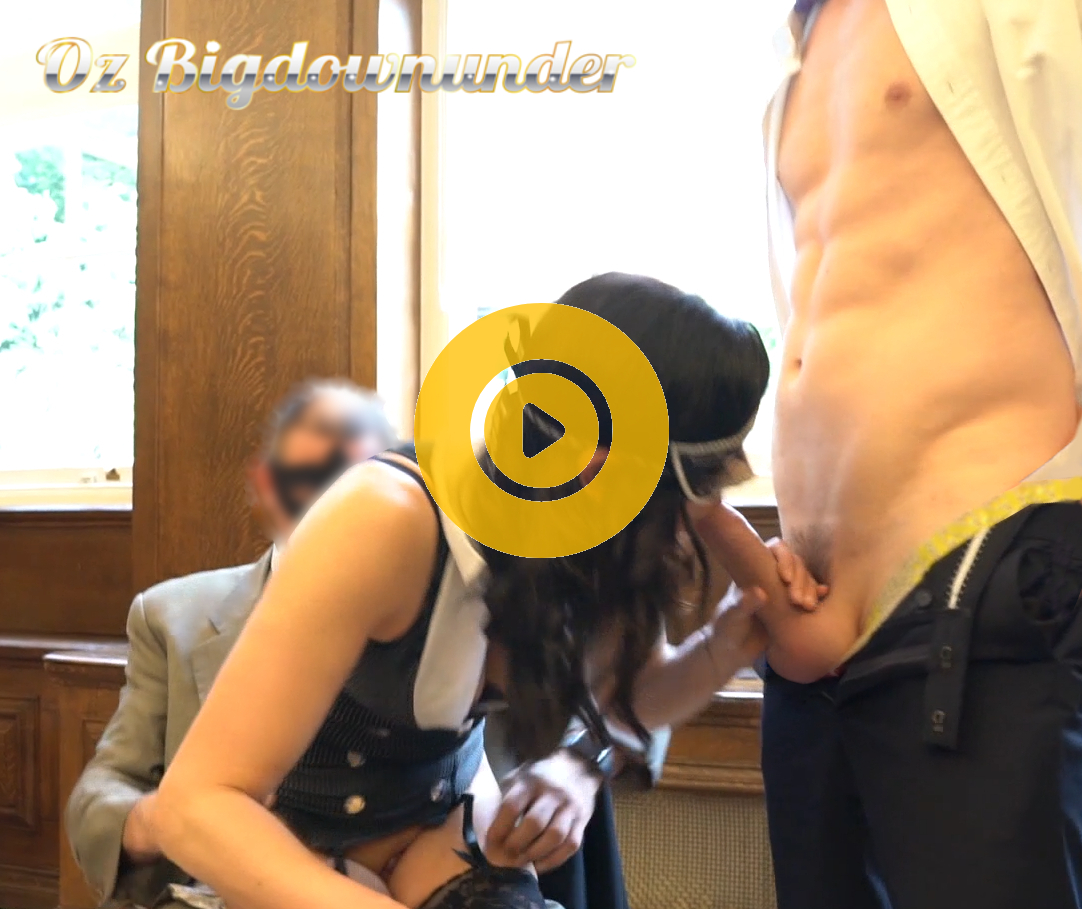 My friend Emma rented one of those pay per hour business boardrooms normally used for boring corporate purposes.

She arranged a photographer to handle the video camera, proper studio lighting equipment and bought a variety of costumes including office wear, cleaning lady outfit and a police uniform.

The ensuing costume changes made no narrative sense whatsoever but viewers so inclined can use their imaginations if they'd like to extrapolate some kind of plot from the proceedings.

I like to think she was my Sarah Connor and I was the T1000, or Throatinator, if you will, who'd gone back in time to ensure via cybernetically enhanced face fucking techniques that the resistance leader's future mother would fall madly in lust with cyborg cock and thus never again feel any desire for mortal human penises. So ensuring that the future leader of the resistance would never be born. Or something.