He was nervous. I have a talent for calming down nervous people. My soothing influence seemed to be working for the most part while we waited for wifey but there were moments when he was squirming and checking his watch. Poor thing must have had all sorts of thoughts racing through his mind.

The feelings of inadequacy and humiliation.

Will his wife ever look at him the same way again?

How can she enjoy his tiny man clit ever after taking my monster 9 inches?

Wifey eventually arrived and a very hot wife she was too!

By the time she walked in, hubby was completely under my spell. Already virtually hypnotised by his own perception of my manly superiority. A type of sub space unique to cuckolds whereby he's submitted absolutely to the embodiment of his ideal alpha male Dom.

I got some drinks and we made a toast to matrimony and fidelity. I gently embraced Mrs Hotwife  from behind and ran my hands up her slim body to wrap my big hands around her elegant neck and whispered in her ear loud enough for hubby to hear and while looking directly at him. "I'm going to fuck you like you've never been fucked before."

By this point her beloved spouse had gone a delicate shade of pink. His mouth dropped open and I think his tongue might have dropped to the floor like a cartoon. I couldn't help but laugh and wifey seized the opportunity to mock him. "darling you're drooling!"

"Drop those pants Mr. Let's see what you've got." He complied with due diligence and soon stood before us with his rather pathetic little penis exposed. Like a nipple on a cold day. 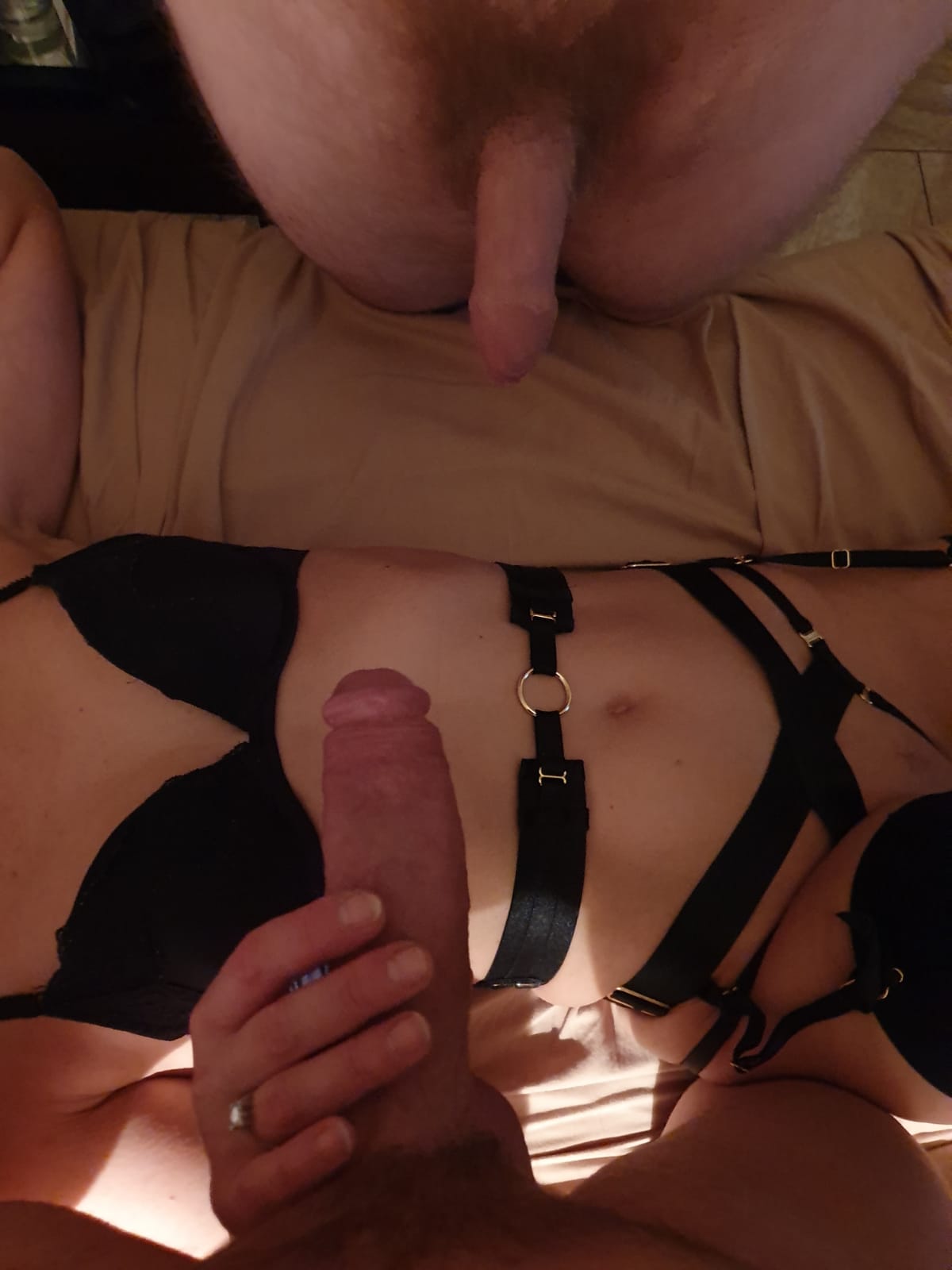 Mistress Volga "You know how to have fun :)"

Ada "Your one is the best!"

They were both very happy with the session and thanked me for the experience. I'm proud that I was able to enact their fantasies and suggested she call her husband "peewee" and/or a raise a small finger at unexpected moments to bring back happy memories.

I like to think that months or years later they'll be queuing at the supermarket and she'll whisper "Peewee" in his ear. Or she'll catch his eye across the table at a dinner party and slowly raise her little finger. Then he'll be instantly transported in his imagination back to the moment when he watched his wife have a screaming orgasm while riding a giant Australian cock.

yes it a size difference

Wow that some size difference. Looks like a hot time though!
Tim