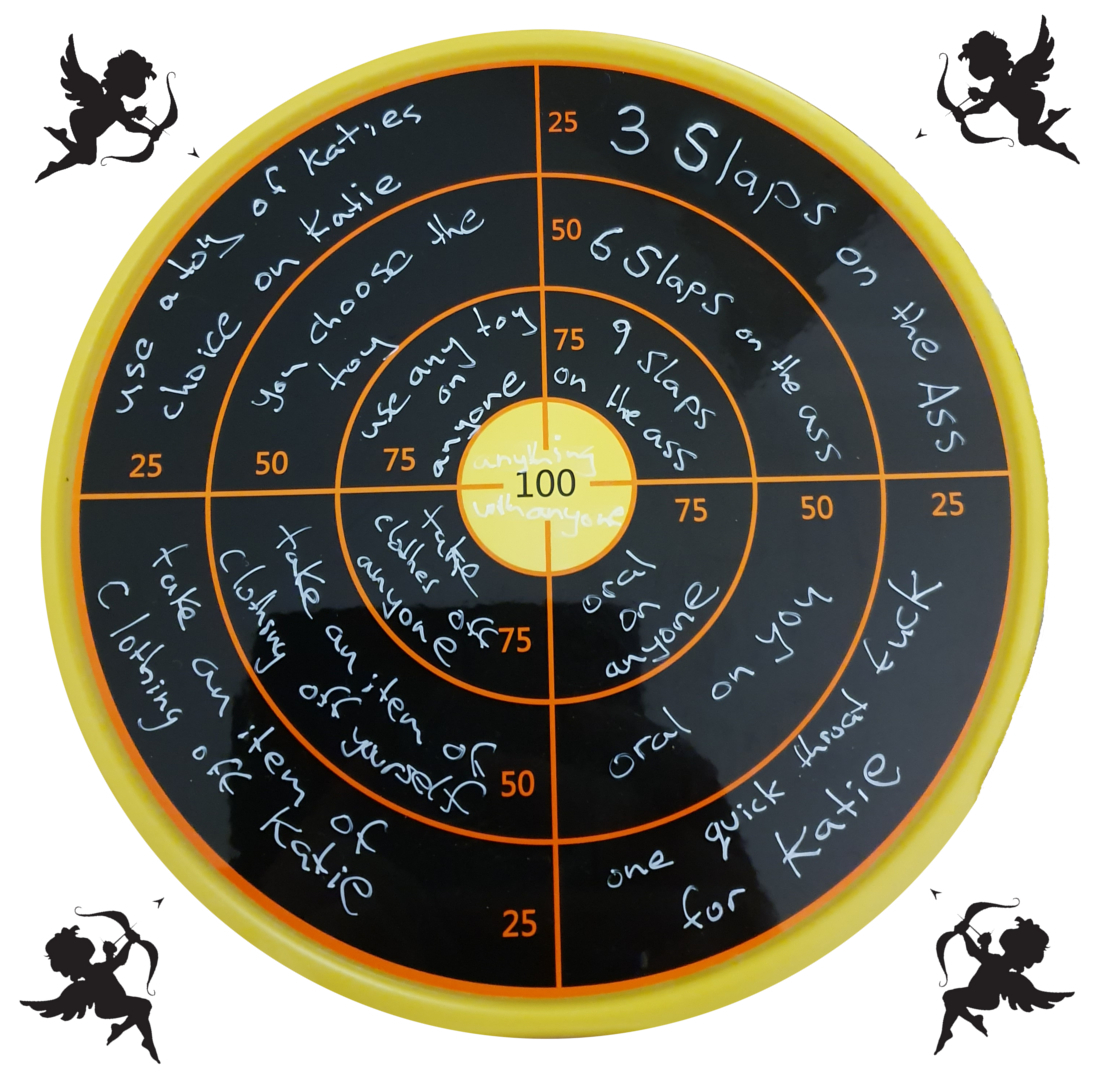 Mr A's sessions are always something very special. He chooses the best of the best to invite to these events. I've been lucky enough to be invited many times over the years and each one has been a star studded affair. Mr A likes party games and loves it when we put on a show. He has a brilliant imagination when it comes to inventing sexy games, shows and fantasy party themes and chooses escorts to attend his parties who share his delight in making these ideas a reality and who can add their own unique touches to the themes of the evening.

Subby Katie and I were scheduled to perform the first show of the Valentines Day Extravaganza.

I came up with the idea of a cupids bow and arrow show with audience participation. The plan was to write sexy instructions on a target. Katie would hold said target over her adorable bottom and then ask guests to fire a toy bow with little suction tipped arrows at the target and act out whichever instruction they hit.

I asked Katie via twitter if she liked the idea. She loved it! So I stopped by Hamleys toy store thinking they'd surely have a cute little pink toy bow and arrows. They did not but I got directions from store staff and found the closest thing they had. A crossbow. So cupid got a weapons upgrade. I bought the crossbow and took it home, assembled it and fired a few suction tipped arrows at the target. Much more powerful than I'd intended.

I shot myself in the leg a few times to test whether it would be safe for Katie in case she took a stray shot on her bare skin. Painful but no bruises. She's a professional submissive who takes spankings and canings far more severe than the impact of the suction darts. But the crossbow is an intimidating looking beast so I made  a mental note to fire a few test shots with her before the party and make sure she was ok with it. Next I dropped by the post office and bought a white paint pen to doodle on the black sections of the target with. 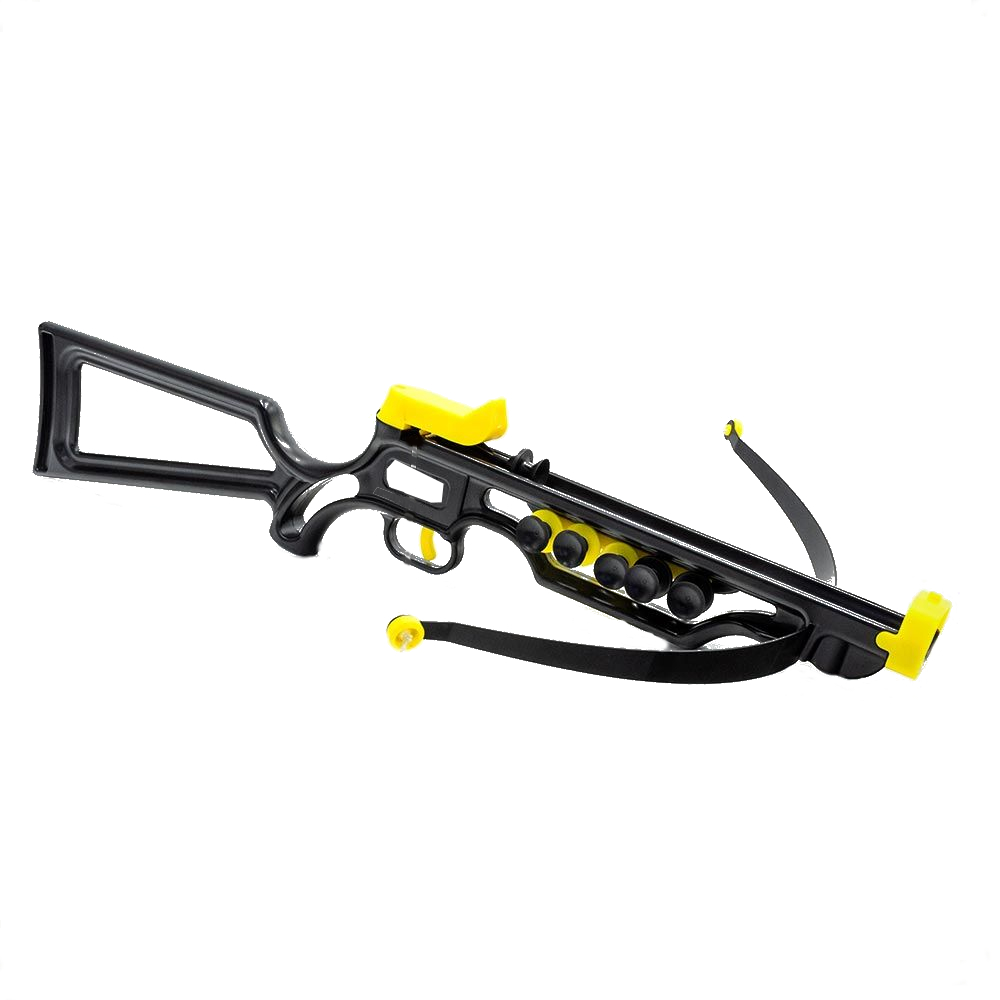 That afternoon I had an outcall to a hotel to see a couple for a cuckolding and forced - bi session.

First stop, cuckolding couple. The lifts at their hotel were keycarded so I'd arranged with K to meet her at the bar downstairs so she could use her card to activate the lift and we'd go up to the room together. I'd arrived a bit early so I had one drink and re-read K's emails where she'd detailed how they'd like their session to play out. I'm always delighted when I can tell someone took the time to research my website in great detail to ensure my services align perfectly with their desired scenario.

When we entered their room together, Mr K was waiting patiently. On his knees with has hands behind his back where Mrs K had left him with strict instructions not to move a muscle whilst his Mistress went to collect me.

I greeted he who's cherry I was about to take with a friendly handshake and hello nice to meet you. Seems to me it's best to meet people for the first time out of character initially to allow a sense of the real me before starting the scene just to build a basis for them to trust me.

I adjourned to the or bathroom to wash up. Only polite to at least wash one's hands and cock prior to a deflowering.

K and I gave him a few pointers to improve his form. Several times K was obliged to throttle him and give him a good slapping about the face just to reinforce lessons learned but on the whole he was a very gifted amateur.

No mean feat it seems as our show turned him on so much that I could hear him gasping and whimpering as his whole body trembled with the tension of being on the edge of the forbidden orgasm.

K and I made the bed shake, the earth move and quite possibly caused a seismic shift in the Eurasian tectonic plate.

I was considerably more gentle with Mr K when it was his turn. I slipped a condom on two fingers, lubed it copiously. Opened him up with one then eventually two fingers. Then put a condom on my cock with more lube and very very slowly started to press the head of my cock against the outer rim of muscle of his ass.

After a few tactical retreats to re-lube, I eventually got just the head in there. Barely moved for some time. I massaged his shoulders and ass cheeks and promised I wouldn't go any deeper for now. He placed his trust in me and his body responded by unclenching his muscles. His ass was the last part of him to relax. One last splash or lube and I was able to go halfway in, get some slow movement going and after a while he was taking it like a slut.

Katie and I had a nice catch up at the pub. Chatted about my travels over winter and recent TV and movies we'd seen. 1917 which we'd both seen and loved. Jojo rabbit which I'd just seen and Katie was planning to see asap. Recommended. Knives out. Avenue 5 etc.

We walked to Mistress Eve's place together and arrived early to get ready. I rang the buzzer and there was no immediate reply. After a while we heard Eve chastising one of her girl slaves for tardiness in letting us in. The putter patter of tiny slave girl footsteps scampered towards us.

There were party snacks aplenty, and drinks delivered mostly promptly by slave girls. Any dallying punished immediately and mercilessly by Eve.

Katie and I excused ourselves to change. The invitation had specified red and black leather and latex. I'd brought my black leather pants and purchased a red fishnet singlet from amazon especially. Katie duly coordinated with black latex dress and black fishnet stockings.

I fired a few test shots of the crossbow with Katie. Then showed Eve my plan for the cupids bow and arrow game and they both approved so I set to work scribbling the instructions onto the target.

When I was done we returned to mingle and make polite conversation. Alekssandra recounted the tale of how once upon a time I sucked her off in the back of a moving London minicab while the driver barely managed to keep his eyes on the road and off the rear view mirror which he'd adjusted for optimum perving on us in the back seat.

When it was time to begin, Mistress Eve tapped on a glass for our attention and welcomed us all. A big bravo and round of applause for Mr A for inviting us all. And introduced the first performance. Me! And my lovely assistant Katie! I explained the idea to our audience, gave Katie the target with instructions to bend over and hold it in front of her ass, handed the bow to Mr A and positioned myself behind him to help him hold his weapon steady, aim down the sight and guide his finger to the trigger.

He shot on target and hit the instruction to have oral sex with a partner of his choice. He retired to a darkroom with Karlie with a spring in his step and a boner in his pants. Everyone took a turn shooting at the target and acted on the instructions until we were all engaged in sexy fun.

After Mr A had departed, sated and grinning ear to ear, we were all off the clock. At this point most escorts would leave immediately, but our merry crew carried on. Morgan jokingly pouted and accused me of avoiding her so I whisked her into a darkroom for a quick knee shaker.